The event was organised by the Ambedkar Vichar Manch.

Gwalior: Members of the Akhil Bharatiya Vidyarthi Parishad or ABVP targeted an event in Madhya Pradesh's Gwalior today that was hosting a professor from Delhi's Jawaharlal Nehru University.

Vivek Kumar, an associate professor at JNU, was the main speaker at the event. He was safely evacuated from the venue, Mr Kumar told NDTV.

As soon as the event started, members of the ABVP, a student wing linked to the BJP, stormed into to the venue and started protesting against the participation of JNU professor, the organisers alleged.

A scuffle broke out between the supporters of the event and those opposing it. 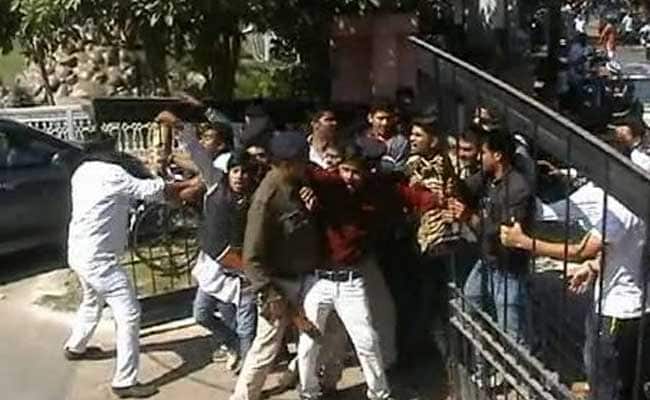 A scuffle broke our between the protesters and the organisers.

Supporters of the Ambedkar Vichar Manch, which organised the event, alleged that the other side shot at them but missed.

Officials from Administrations rushed to the spot and on complaint of the organisers have filed a First Information Report against BJP youth wings district president Vivek Sharma and 30 others.

The police has denied the claims of the Dalit students that there was a bullet was fired.

An event at the JNU earlier this month where anti-India slogans were allegedly raised has been strongly protested by the ABVP and its allied groups.