The incident occurred in afternoon near the district collectorate when the animal husbandry minister was visiting the office, a senior officer said. 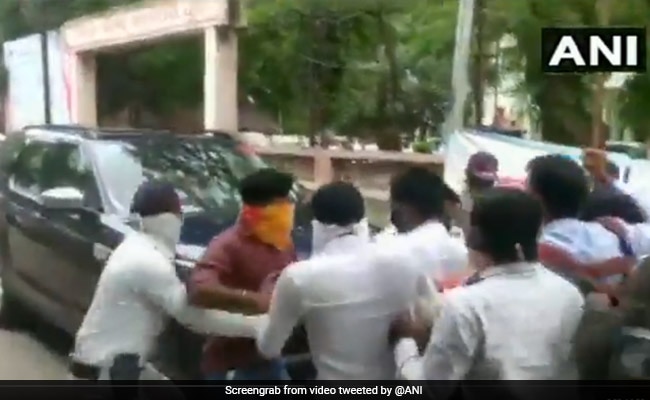 Activists of the Akhil Bhartiya Vidyarthi Parishad (ABVP) on Wednesday tried to stop the car of Maharashtra minister Abdul Sattar in Dhule district demanding waiving of education fees, prompting the police to cane charge them, a senior officer said.

The incident occurred in afternoon near the district collectorate when the animal husbandry minister was visiting the office, he said.

"As the protesters tried to block the minister's car, police cane-charged them," the officer said.

He said six persons were detained briefly till the minister left the area.