AAP To Launch "Bhagwan Bachao Yatra'' Against BJP Government In UP

Leaders of the Apna Dal, an ally of the BJP, will also be part in the Yatra, AAP leader Sanjay Singh said. 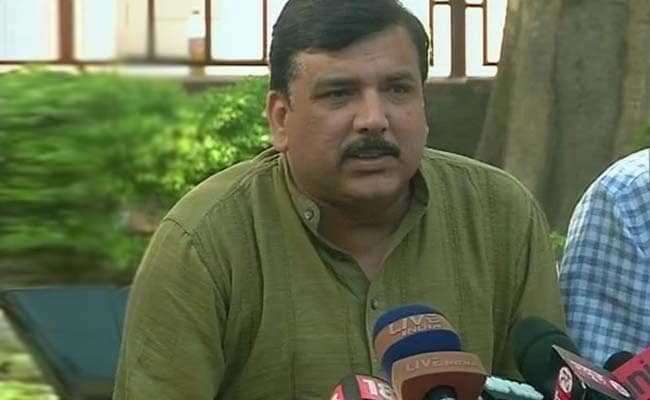 AAP leader Sanjay Singh announced the 'yatra' and said that it will expose the ruling BJP. (File)

The Yatra will expose the party, especially after hundreds of 'Shivlingas' were allegedly found under the rubble of structures demolished to pave way for the Kashi Vishwanath corridor, he said.

Leaders of the Apna Dal, an ally of the BJP, will also be part in the Yatra, Mr Singh added.

Calling BJP's pro-Hindutva posturing "fake", Mr Singh pointed out that the party that has vowed to build a Ram temple in Ayodhya was also demolishing ancient temples in name of development.

Mr Singh also slammed Yogi Adityanath's government for "failing law and order in the state". He added that his party would protest at all district headquarters, against the state's BJP government.