AAP's Challenge For Gautam Gambhir After His "I Am Delhi" Tweet

Gautam Gambir, 37, had recently brushed off speculation that he is entering politics. He announced his retirement from all forms of cricket last month. 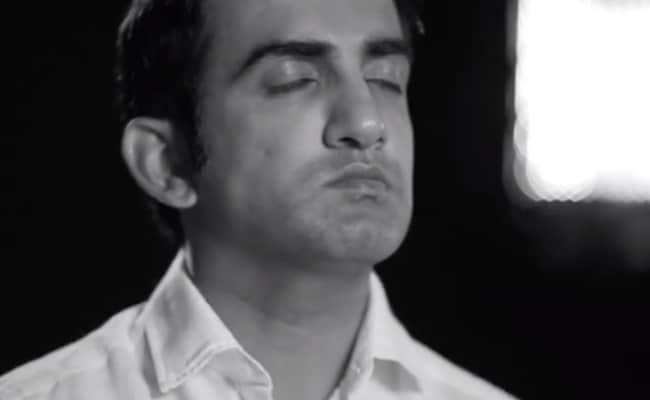 Gautam Gambhir announced his retirement from all forms of cricket last month. (File)

Former cricketer Gautam Gambhir's tweet on Saturday lamenting what he felt was the state of affairs in Delhi has drawn a "challenge" from a senior Aam Aadmi Party legislator. Gautam Gambhir took a potshot at the ruling AAP, the BJP and the Congress in a not-so-cryptic tweet about the condition of Delhi's roads, hospitals and the air.

On Sunday evening, AAP legislator Saurabh Bharadwaj responded to his tweet and invited him to "take the challenge".

"@GautamGambhir ji, Take the challenge, lets do surprise checks at Night Shelters, Hospitals in Delhi. No other BJP Govt will throw this challenge," Mr Bharadwaj tweeted.

Let's take responsibility, hit the road and check facilities at a Delhi govt school, hospital, Mohalla Clinic and night shelter of your choice which can be telecast live on your FB & Twitter.

Gautam Gambir, 37, had recently brushed off speculation that he is entering politics. "There have been speculative stories that I am joining politics. Please allow me to clarify that there's no truth in this. At the moment, I am merely a retired cricketer who like all of you is waiting for India's series win in Australia," he tweeted on January 3.

Mr Gambhir, who has scored more than 10,000 international runs for India, announced his retirement from all forms of cricket last month.