This New System Can Help Millions Get Faster Loans In India

The system, years in the planning, is scheduled to be formally introduced later on Thursday. 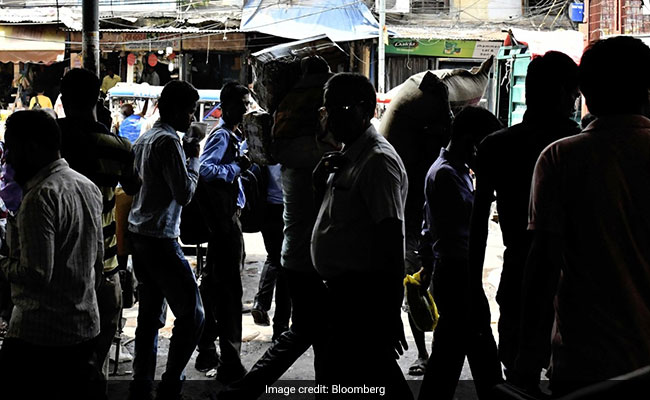 The data sharing system could revolutionize investing and credit.

India plans to unveil a data sharing system that could revolutionize investing and credit, giving millions of consumers greater access and control over their financial records and expanding the potential pool of customers for lenders and fintech companies.

Regulators agreed to allow banks, pension funds, tax authorities, insurers and other finance firms to pool together customer information -- once the user consents -- to make transactions smoother. If the system works, firms will be able access large amounts of data within seconds to assess the creditworthiness of a small business, recommend a wealth management product for an individual, or tailor an insurance policy for a family.

The system, years in the planning, is scheduled to be formally introduced later on Thursday. It's an ambitious approach that combines privacy protection with credit reporting.

Here's how it works:

On one side are Financial Information Providers, such as banks, tax authorities and telecom operators, which possess financial information about people and businesses and can provide it in a standardized format.

On the other are Financial Information Users, such as non-bank lenders and fintech firms, which seek data held by FIPs but have thus far had to deal with a cumbersome and costly process to access it.

In the middle are account aggregators, who are working as intermediaries to smooth the flow of data and reduce the time required to process information.

The approach could be a game changer in a country where millions of underprivileged individuals and small businesses are denied loans because they lack collateral and the relatively young credit-rating system covers only a tiny fraction of the population. It could expand the potential pool of customers for lending startups such as NeoGrowth Credit Pvt and Lendingkart Technologies Pvt as well as technology giants including Amazon.com Inc. and Facebook Inc. that are expanding in India's fintech market via products such as loans to small businesses.

Rathanlal Jain, who owns a tiny store selling party supplies such as festoons and decorations in Bangalore's swarming Nagarathpet commercial neighborhood, is among the beneficiaries.

The 30-year-old businessman gave his consent for the system to grant Lendingkart access to his bank statements. The startup's algorithms crunched 10,000 variables on the information to determine that Jain was eligible for credit. "Nearly 600,000 rupees ($8,210) came swiftly into my bank account without any collateral," said Mr Jain.

Lendingkart has processed more than 2,000 loan applications like Jain's via the new system in the past weeks and approved a third of them. Without the new system, accessing and processing the customer data would have been significantly more laborious and time-consuming.

"Over 120,000 customers approach us each month for credit but just over 10% of them are able to provide us the digital financial data to process their applications," said Deepesh Goel, head of strategy at the Bangalore-based startup. "The Account Aggregator system could bridge the data gap and make nearly 90% of businesses eligible to seek digital credit."

The system lets users pull together all kinds of financial data -- starting with bank statements but eventually even mobile bill payments, tax filings and retirement fund balances -- that they can then choose to share instantly and temporarily in pursuit of loans, investment products or even insurance. The country's gargantuan goods and services tax system is expected to come onto the system to provider users' and businesses' financial data.

India's newly established digital rules and practices lay the groundwork for the data-sharing system. The central bank now requires financial data to be reported in a standard, machine-readable format, which means it's easier to automatically slice and share.

"Most countries have a framework of data laws and privacy laws and recognize the individuals' right over their data, but the challenge has been to operationalize the rights over data," said Siddharth Tiwari, Asia head at the Bank for International Settlements. "In India, we're looking at the world's first open, revocable, granular digital consent-based system where the user is empowered to decide who can look at their banking and other financial data."

A crucial benefit for less affluent individuals is the potential access to loans without collateral. The new system could help a person prove his creditworthiness with information such as past financial transactions, coupled with already available parameters like location of the person or company, and the segment a business operates in.

World Bank data shows that over a quarter of the planet's individuals with bank accounts save money in the formal financial system, but only about 10% are able to borrow from the same system without tangible collateral, said Mr Tiwari.

"It's not even an emerging market or developing country problem," he said. "The borrowing challenge bogs even high-income countries."