Vitalik Buterin, one of the creators of the cryptocurrency Ethereum, donated more than 50 trillion -- yes, with a T -- Shiba Inu coins, a meta joke about the joke that is Dogecoin. 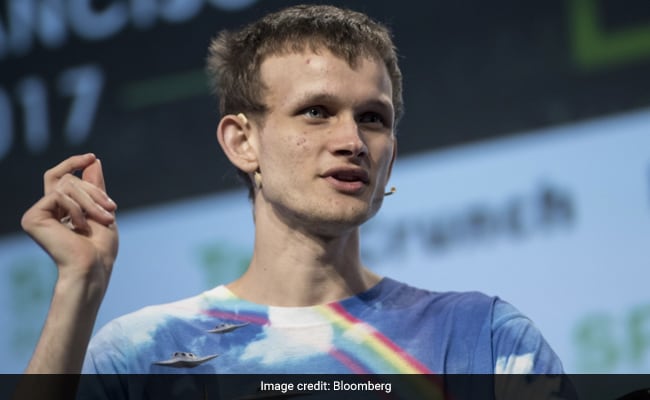 Vitalik Buterin, one of the creators of the cryptocurrency Ethereum, has donated more than 50 trillion

A memecoin invaded the world of philanthropy this week, bringing with it extreme price volatility and bewildering questions about whether $1 billion worth of a joke cryptocurrency can hold its value.

Sandeep Nailwal, a cryptocurrency entrepreneur from New Delhi, set up the India Covid Crypto Relief Fund about three weeks ago after witnessing firsthand deaths caused by a lack of oxygen at the hospitals he volunteered in, as the country battled a devastating health crisis. At first, donations came trickling in, raising roughly $7.5 million up until the middle of this week.

That's when Vitalik Buterin, one of the creators of the cryptocurrency Ethereum, donated more than 50 trillion -- yes, with a T -- Shiba Inu coins, a meta joke about the joke that is Dogecoin. It has rallied more than 11,000% in the past month, and based on prices late Monday, 50 trillion of it would have been worth almost $2 billion.

But Buterin's donation -- which represented more than 5% of the total Shiba Inu coins in circulation -- sent prices plummeting about 50% by Thursday, leaving people who had bought into it scrambling to figure out whether to sell or hold on. It's also sparked a broader question about the value of such memecoins and whether donating cryptocurrency to charity is more trouble than it's worth for recipients who might need immediate liquidity.

"A huge challenge here is estimating the value of the gift," said Brian Mittendorf, an Ohio State University professor who studies nonprofits and the rise of cryptocurrency in charity. "If something is stated as being worth $1.5 billion but it can't be liquidated, then is it really worth that amount?"

Buterin's gift and Shiba Inu's wild ride are part of week during which cryptocurrencies have drowned out activity in the rest of the market. Tesla Inc. chief Elon Musk roiled prices of Bitcoin after announcing that the company would no longer accept it as a form of payment for cars due to environmental concerns. That was just a few days after the billionaire's appearance on "Saturday Night Live," where he joked that Dogecoin was a "hustle" and sent prices of that coin tumbling.

Despite the slump in Shiba Inu prices, the 50.7 trillion Shiba coins Buterin gifted are still worth about $1 billion based on prices as of Thursday evening. Nailwal said the fund is planning on slowly selling off the coins so it won't affect individual investors who have begun to worry about their deflating holdings.

"Many retail traders invest their life savings in these coins," Nailwal, who is also a co-founder of the crypto organization Polygon, said in a phone interview Thursday. Nailwal said the plan is to gradually offload hundreds of thousands or millions worth of the coin each day, as opposed to unloading it all at once, in a bid to avoid slamming prices. "We want to be careful."

Indiana-based Robert Browning is a retail investor who lost thousands of dollars following the donation, but he's not getting out just yet. He's going to hang onto his millions of Shiba Inu coins, which make up about a quarter of his crypto holdings, and maybe even buy more.

"Crypto is not for the faint of heart," Browning, 52, said in a phone interview, adding that he thinks everyone should increase their holdings by 25%. "Instead of complaining maybe we could take our own power back."

Buterin, 27, was an early convert to crypto, co-founding Bitcoin Magazine in 2011 and the Ethereum network in 2014. He didn't respond to messages seeking comment.

Buterin's celebrity in the world of cryptocurrencies led to him being gifted various coins as a sort of promotion tactic. When Shiba Inu was created late last year, half of all coins in circulation were placed into Buterin's digital wallet.

Its value was limited, like many of the other hundreds of tokens he owns, until the sudden rally in Dogecoin that began last month spread to the Shiba Inu coin.

Shiba Inu coin's remarkable surge over the past month means Buterin's remaining holdings are worth an incredible $9.1 billion on paper, even after the recent pullback. That's far more than the $1.2 billion of Ethereum he owns, although the price would almost certainly crash further if he sold.

Browning, the retail investor in Indiana, said he wasn't surprised that Buterin ended up getting rid of his Shiba Inu coin and that it was a bad idea for him to have been given so much of it in the first place. In theory, taking half of the coins off the market made it more valuable, but it also made Shiba investors beholden to the founder of another coin, he said.