83 Per Cent Households In Delhi Have Access To Piped Water: Economic survey

The report stated, "83.42 per cent households in Delhi now have access to piped water." 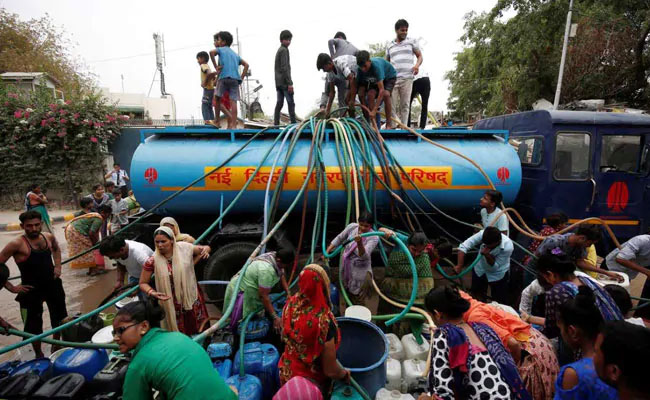 Water supply was available to 1,318 unauthorized colonies up to October 2018. (Representational)

Piped water supply has reached to over 83 per cent households in the national capital covering around 18 million people, says Delhi's Economic Survey 2018-19 report tabled in the Assembly on Saturday.

"Water production during the summer season is being maintained at 895 million litre per day (MLD) covering about 18 million population of Delhi through existing water supply network comprising 14,355 km long pipelines and more than 107 underground reservoirs," it said.

The report stated, "83.42 per cent households in Delhi now have access to piped water."

According to the report, the Master Plan of Delhi (MPD) - 2021 prepared by Delhi Development Authority(DDA) proposed water requirement with the norm of 80 gallon per capita per day (GPCD), out of which 50 GPCD is for a domestic requirement and 30 GPCD for non-domestic purposes.

The domestic water requirement of 50 GPCD comprises 30 GPCD for potable needs and 20 GPCD for non-potable water.

The estimated demand of water in Delhi based on the norms of MPD 2021 will be around 1,140 MGD based on the norm of 60 GPCD to meet the requirement of a projected population of 190 lakh up to March 2018, the report stated.