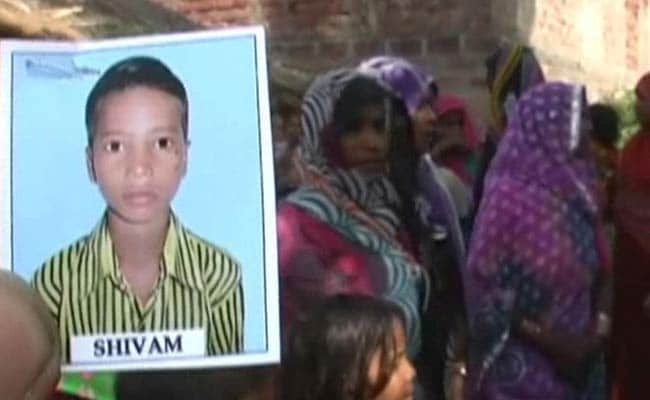 Eight-year-old Shiva died after he was allegedly beaten by his school principal in Uttar Pradesh's Barabanki.

An eight-year-old boy died on Wednesday after he was allegedly beaten by his school principal over a stolen pen in Uttar Pradesh's Barabanki.

The family of Shiva, a class 2 student of Chaudhary Dwarka Prasad Academy, alleges that he started vomiting blood when he returned from school yesterday and died soon after.

The principal, Lalit Verma, has been arrested.

He had allegedly ordered a search when a student lost his pen and pencil. When the pen was allegedly found in Shiva's bag, the principal allegedly thrashed him mercilessly and even flung him to the floor.

Promoted
Listen to the latest songs, only on JioSaavn.com
"He kicked my son and punched him...He vomited and later died," the boy's mother, Malti, alleged.

The child's body has been sent for post-mortem to determine the exact cause of death.