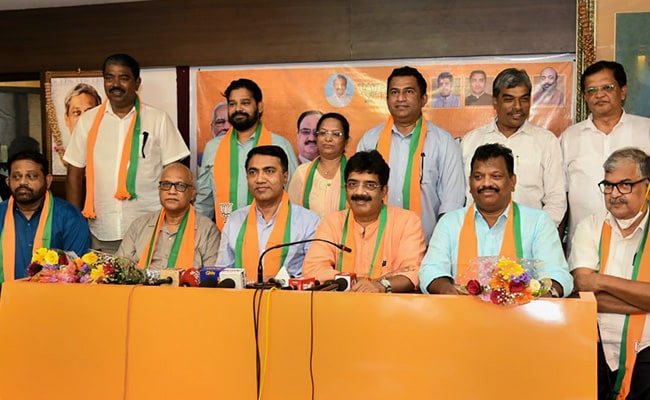 The Congress' strength in the Goa Assembly has gone down to 3 from 11.

Eight MLAs of the Congress in Goa who switched over to the BJP earlier this week will meet Prime Minister Narendra Modi in Delhi on Monday, Press Trust of India reported.

Six legislators will leave for Delhi by flight tonight, while MLAs Michael Lobo and Digambar Kamat, who are currently out of station, will join them in the national capital, he said.

According to BJP sources, the group is also expected to meet party president J P Nadda and Union Home Minister Amit Shah during their Delhi visit, but their appointments are not confirmed yet.

The BJP retained power in the 40-member Goa Assembly after the elections in March this year. It had 20 MLAs, while the Congress' strength has depleted from 11 to three after the recent defection.