While 60 bombs were seized from Bhatpara area of North 24 Parganas district, the police recovered 18 bombs from Kandeswar area in Paschim Bardhaman district. 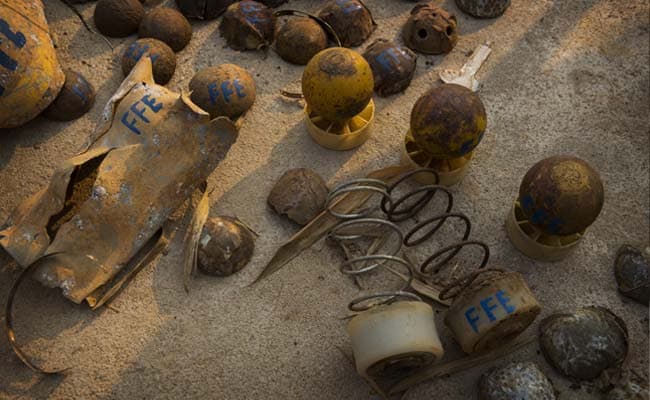 As many as 78 bombs were seized from Paschim Bardhaman and North 24 Parganas districts in West Bengal on Monday.

While 60 bombs were seized from Bhatpara area of North 24 Parganas district, the police recovered 18 bombs from Kandeswar area of Durgapur city in Paschim Bardhaman district of the state.

Eight people have been arrested in connection with one of the cases, the police said.

Barrackpore Commissioner of Police Manoj Kumar said, "We recovered 60 bombs from Gali number 6 in Kankinara under Bhatpara police station. We have arrested eight people and further investigation is underway."

A bomb disposal squad destroyed all 18 bombs at an isolated place in Durgapur city, but no arrest has been reported so far.

Two persons were killed while several others were injured on Thursday after clashes broke out between two groups suspected to be affiliated to ruling Trinamool Congress (TMC) and BJP in Bhatpara, which comes under the Barrackpore Lok Sabha constituency.

Prohibitory orders were imposed in the affected areas to restore order. Both TMC and BJP have blamed each other for the violence.

West Bengal witnessed violence during and after the Lok Sabha elections.