Rajesh Dhawan alias Bittu lured the girl inside his shop yesterday on the pretext of offering her toffees and raped her, police said. 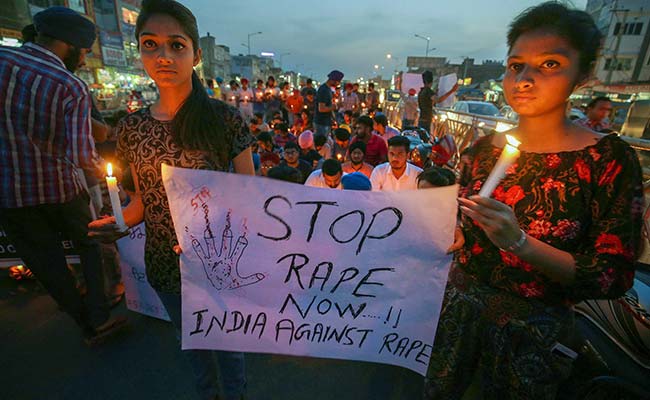 A 7-year-old girl was allegedly raped by a 50-year old shopkeeper in a village in Ferozepur and the incident came to light after its video was circulated locally, police said today.

Rajesh Dhawan alias Bittu lured the girl inside his shop yesterday on the pretext of offering her toffees and raped her, they said.

The girl reached home but kept quiet as the accused had allegedly threatened her of dire consequences if she told anyone about the incident.

The incident came to light as it was videographed and circulated locally by some unidentified people. The girl's uncle identified her in the clip and lodged a police complaint last night, they said.

DSP (Guruharsahai) Jasvir Singh said today the police was informed about the video from the girl's uncle and it, thereafter, raided the shop.

However, the accused escaped before the police arrived.

The DSP said a case under the provisions of POCSO Act and other sections of the IPC was registered against the key accused and some others who circulated the video, who are yet to be nabbed.

"We have got the medical examination of the girl done," he said, adding the report would be prepared by the doctors by tomorrow.