8 Killed In Explosion At Firecracker Factory In Uttar Pradesh's Badaun

Investigations are currently underway to ascertain the details of the incident, police said. 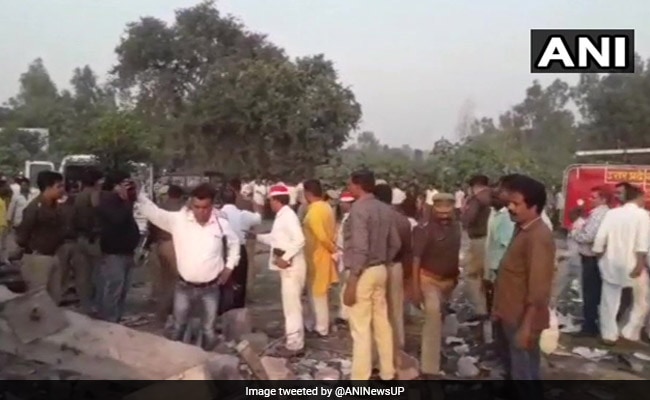 Three people have been injured in the incident

At least eight people were killed and three others were injured when a stockpile of crackers exploded at a firecracker factory in Budaun district of Uttar Pradesh this evening.

The incident happened in Rasulpur village in a house where the firecrackers were being manufactured ahead of Diwali. A senior police official said that the facility had a licence.

"The roof was blown away due to the impact of the explosion. The reason is not immediately clear," said Surendra Singh, a police official in Badaun district. The explosion also led to many neighbouring houses developing cracks on the walls.

Among those killed were two people passing by. "Seven persons died on the spot, while one person succumbed to his injuries in hospital. Three injured persons have been admitted to the district hospital. Their condition is serious," another senior police official said.

The intensity of the blast was so strong that people sitting in an adjacent cycle shop and some passersby were injured in the incident, he said.

Investigations are currently underway to ascertain the details of the incident, police said.