The Muzaffarnagar riots of 2013, one of the worst communal clashes in Uttar Pradesh's history, had led to the killings of 66 people and over 50,000 were displaced. 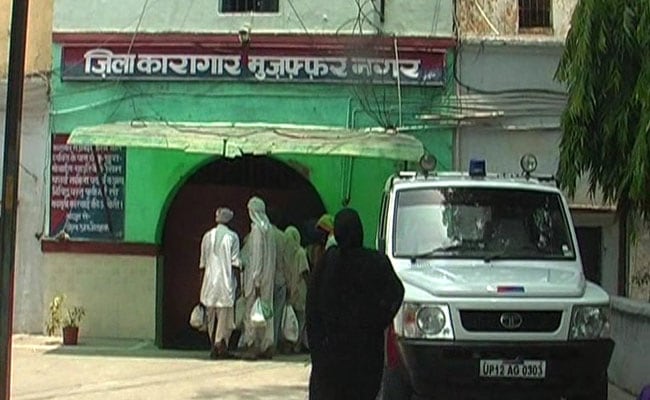 2013 Muzaffarnagar Riots: Over 60 people were killed in Uttar Pradesh.

Seven people who were found guilty of killing two men in an attack that is said to have triggered riots in western Uttar Pradesh's Muzaffarnagar in 2013 have been sentenced to life in prison today. The Muzaffarnagar riots, one of the worst communal clashes in Uttar Pradesh's history, had led to the killings of 66 people and over 50,000 were displaced.

The seven men - Muzammil, Mujassim, Furkan, Nadeem, Janangir, Afzal and Ikbal - were convicted for killing two men in Kawal village and rioting - by a local court in Muzaffarnagar on Wednesday.

According to the police complaint, two men of Kawal village were battered to death by five of the seven convicts over a minor altercation. The two other accused, Afzal and Iqbal, were summoned by the court later under provisions of section 319 of the Criminal Procedure Code when the evidence of their complicity in the killings emerged during the trial, reported news agency Press Trust of India.

The clashes that broke out in Muzaffarnagar and Shamli districts after the two killings saw the deployment of the Army in the state for the first time in 20 years.

More than 6,000 cases had been filed after the 2013 Muzaffarnagar riots and nearly 1,500 people were arrested. The case, investigated by a Special Investigation Team or SIT, had filed 175 chargesheets.

A probe into the riots had given a clean chit to the then Akhilesh Yadav-led Samajwadi Party government in Uttar Pradesh and blamed the local police and officials for misjudging and mishandling the situation.

After the Yogi Adityanath government came to power in Uttar Pradesh in 2017, BJP leaders from western UP, some of whom are named in cases related to the Muzaffarnagar riots, approached the chief minister for withdrawal of cases against those who they say had been falsely implicated. The Yogi Adityanath government has moved to withdraw 38 cases so far, but those concerning BJP leaders continue to remain on track for now.