Officials asserted that water levels have begun to recede in the inundated areas and focus has now shifted to prevention of outbreak of diseases. 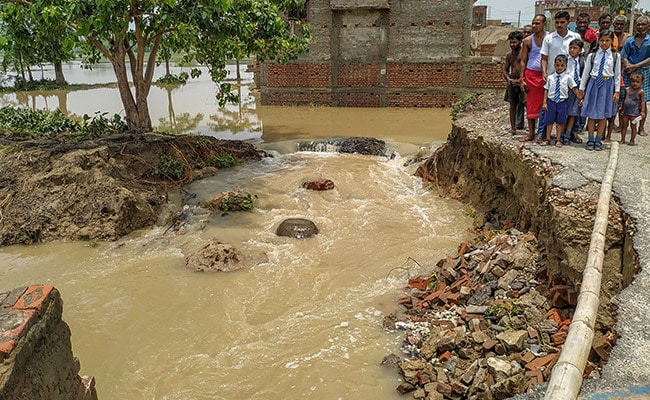 Around 26 teams of NDRF, SDRF have been helping with relief and rehabilitation.

Death count in the Bihar flash floods, caused by torrential rainfall in the catchment areas of Nepal over the weekend, soared to 67 on Wednesday.

The officials asserted that water levels have begun to recede in the inundated areas and focus has now shifted to prevention of outbreak of diseases.

The death figure, as per the state disaster management department, has registered a more than two-fold rise since 24 hours ago when it stood at 33.

Sitamarhi with 17 deaths, as against 11 the previous day, remained the district reporting the maximum number of casualties, followed by Araria - 12, Madhubani - 11, Sheohar - 9, Purnea - 7 Darbhanga - 5, Kishanganj - 4 and Supaul - 2.

Casualty figures have risen, since Tuesday, in districts like Araria, Kishanganj and Sheohar while Purnea, Darbhanga and Madhubani reported no death till Tuesday.

Muzaffarpur administration has confirmed that no death has been caused by floods so far while figures were awaited from Katihar, Saharsa and East Champaran.

Many media reports claimed that the number of deaths has already crossed 80 and that bodies were being fished out from the waters in flood-hit areas by the personnel involved in relief work as a result of which the toll was shooting up.

A department official, however, said on condition of anonymity unconfirmed reports are stating exaggerated figures perhaps taking into account even deaths caused by other factors in flood-hit areas.

With a let up in the rainfall in Nepal reported in the past couple of days, the focus will now be more on containing the outbreak of infectious diseases through effective distribution of medical aid to people living in flood-hit areas as also those taking shelter at relief camps, he added.

Although water levels have receded in the half a dozen rivers which have been in spate since heavy rains lashed Nepal, flood water has spread to more areas in Bihar since Tuesday.

The affected population now stood at 46.83 lakhs residing in 831 panchayats under 92 blocks of 12 districts.

On Tuesday, 26.41 lakh people in 571 panchayats of 79 blocks in the affected districts were said to be affected.

Additional relief camps have been set up in the last 24 hours the total number of which has risen from 199 to 221. The number of people taking shelter at these has also reached 1.26 lakhs and they were being provided food through 748 community kitchens.

Relief and rehabilitation is being carried out by 796 personnel, assisted by 26 teams of NDRF and SDRF and equipped with 125 motor boats.

She made a statement to the effect before journalists outside the state legislative council where she is the Leader of the Opposition.

CPI(ML) MLAs Mehboob Alam, Satyadeo Ram and Sudama Prasad were touring the flood-hit areas, the party said here in a statement adding that it has urged its cadres to fan out in the places hit by the natural calamity and run a week-long flood relief campaign from July 18 to 24.

The party also charged the Nitish Kumar government in the state with failure to carry out relief and rehabilitation on a war footing, as a result of which people in the affected areas were dying or forced to live unsheltered.