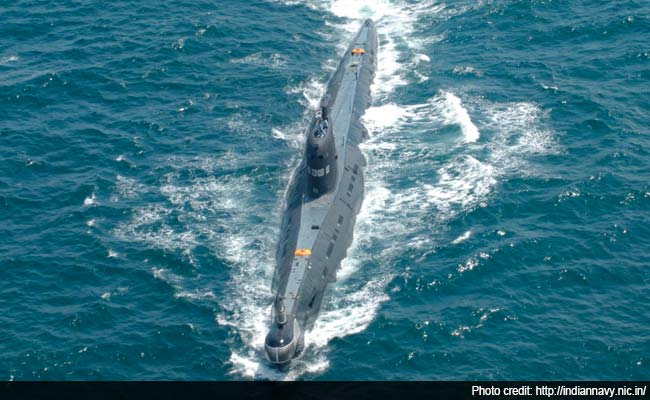 A Foxtrot Class Submarine of the Indian Navy, which will be replaced by the new fleet.

New Delhi: The Defence Acquisition Council of India on Saturday cleared defence deals worth Rs 80,000 crore. The deal includes the acquisition of six conventional submarines to augment the aging and depleted submarine fleet and two midget submarines -- also known as 'Swimmer Delivery Vehicles' - which are used for special operations.

Following Prime Minister Narendra Modi's 'make in India' campaign and the overall policy to build and strengthen the fledgling Indian defence industry, all six boats will be made in Indian shipyards. The Indian Navy - the end users  - will identify shipyards that can acquire the technology from foreign manufacturers and build the boats on schedule. The process of identifying the shipyards will be completed in the next two months. There are seven shipyards in India, including four government yards. The Indian exchequer will shell out an estimated Rs 53,000 crore for the six boats.

Clearing the procurement, Defence Minister Arun Jaitley said, "National security is of paramount concern for the government and all hurdles and bottlenecks in the procurement process should be addressed expeditiously."

The midget submarines weigh less than 150 tons and are smaller than conventional submarines. They can carry between 8 to 24 fully armed commandos, who are ejected through the torpedo tubes some miles away from the target, from where they can swim towards their target, complete the mission and swim back; this is why they are also called 'Swimmer Delivery Vehicles'.

Sources told NDTV that the six conventional submarines will have Air Independent Propulsion Systems which allow the boats to run the diesel engines underwater to charge ships' batteries, allowing them to stay underwater for longer durations. Besides, they will also have stealth features, which essentially mean that the boats will have greater ability to suppress noise.

The Indian Navy will also get 12 more Dornier Aircraft. These will be built by the Bangalore based defence Public Sector Unit - Hindustan Aeronautic Limited - at a total cost of Rs 1,850 crore. Dorniers are issued for maritime surveillance and the Navy has a fleet of 40 Dorniers.

Apart from this, the Indian Army will also be buying the third generation Anti-Tank Guided Missiles from Israel. The 8000 Spike ATGM missiles and 300 launchers will come at a cost of Rs 3,200 crore. The Army will also get about 360 odd Armoured Personnel Carriers built by the Ordinance Factory Board for about Rs 2,000 crore.