8 Dead After Boat Capsizes Off Karwar In Karnataka

Local fishermen and the Coast Guard have found six bodies till now. 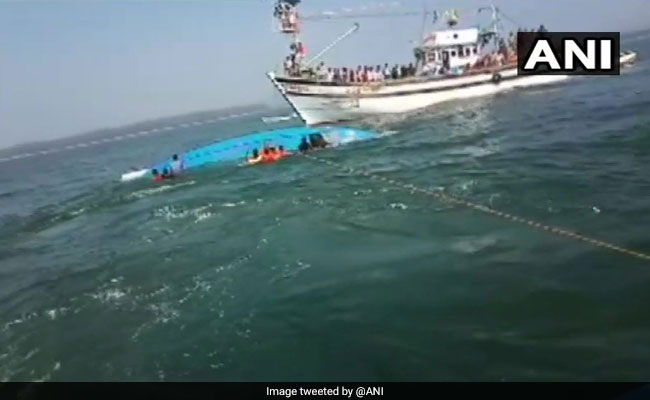 The search operation for the missing people is underway.

Eight people have died in Karnataka after a boat on which they were travelling capsized off the Karwar coast. There were 26 people on the boat when the accident took place. Local fishermen and the Coast Guard have found eight bodies till now. One person is reported missing.

"Of the 26 persons reported to be on the boat, 17 people have been rescued by other civil boats operating in area. Eight bodies have been recovered by the naval and Coast Guard assets deployed in the area. Search is on for the one person still missing. Dornier aircraft launched from Goa for search and operation," the Navy said in a statement.

The people had gone to a temple located at a remote island in Karwar district. As they were returning, their boat capsized.

Rupali Nayak, the lawmaker from the district, was on the other boat. She is an eye-witness to the accident. She said she and her team immediately rushed to help the people and pulled two out of the water.

Later, the Navy was called for the rescue operation, which is underway.