4 Dead After Boiler Explodes At Distillery In North Karnataka

BJP chief BS Yeddyurappa expressed condolences for the families of those who were killed in the Bagalkote distillery explosion. 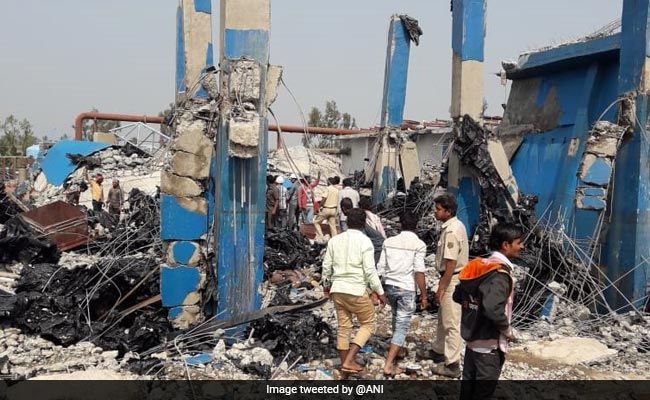 At least 4 people have died in a blast in a distillery in north Karnataka. Several others have been injured. The distillery belongs to former BJP minister, Murugesh Nirani. The blast occurred shortly after noon on Sunday in the Mudhol Taluk in Bagalkote district.

A young boy, whose father died in the blast was among the injured.

Murugesh Nirani told a local channel, "The blast happened at the effluent treatment plant. Methane gas is produced here and when there is too much methane, it should escape from the safety valve. The safety valve did not work. About 20 people were working there."

Senior police officer H S Revanna, said that the investigation into what went wrong could happen once the debris at the blast site was cleared. Boiler inspectors would be called to help along with technicians and experts.

Murugesh Nirani said he would give Rs 5 lakh to the families of the deceased and a job to a family member.

BJP State President, B S Yeddyurappa has expressed his condolences to the families.