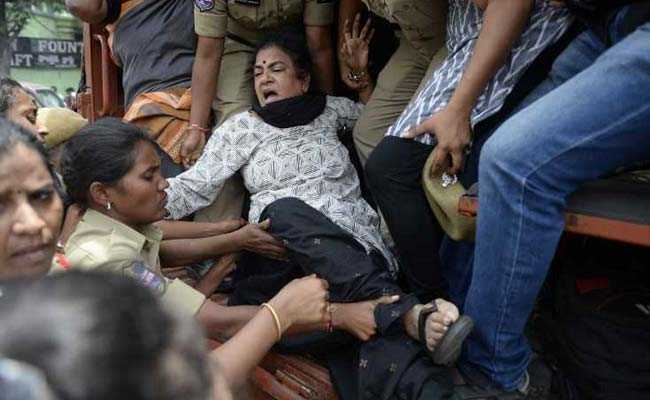 Home Ministry officials today justified the arrest of activists by the Pune police, saying action was taken against them for "abetting and giving logistical support to Naxals". The arrests and multi-city raids had drawn widespread condemnation and a petition to put it on hold. A petition to put the arrests on hold was heard by the Supreme Court, which ordered that the activists be put under house arrest till the next hearing on September 6.

Ten activists were searched and five - Maoist ideologue Varavara Rao, lawyer Sudha Bharadwaj, activists Arun Fereira, Gautam Navlakha and Vernon Gonsalves - were arrested after synchronized raids last evening. The Pune police, which have brought terror charges against them, say they were planning strikes and drawn up a list of 35 colleges for recruitment.

Calling it "state action", ministry officials said the activists had "forged alliances with other organisations which have nothing to do with Leftist ideology just because they have a common enemy". They were providing financial and logistic support to Maoists and abetted them in carrying out anti-national activities, the officials said.

Activists have claimed that the activists were targetted to muzzle the poor and disenfranchised.

Historian Romila Thapar, one of five people who filed the petition in the Supreme Court, said the arrests raise "at least two fundamental questions".

"Arrests should surely be of those who actually spread terror in society through assassination and lynching, and not of those who work for human rights - the rights that are essential to citizenship and democracy? Are these arrests a demonstration to show that the democratic rights of the Indian citizen have been annulled?" she said in a statement.

Police sources have said the arrest took place on basis of questioning five activists who were arrested in June in connection with last year's violence in Bhima -Koregaon n Maharashtra.

They had been monitored closely for almost a week by the Pune police and Maharashtra Chief Minister Devendra Fadnavis was briefed about "fresh evidence" before the raids, police sources also said. But no details were given about the fresh evidence.