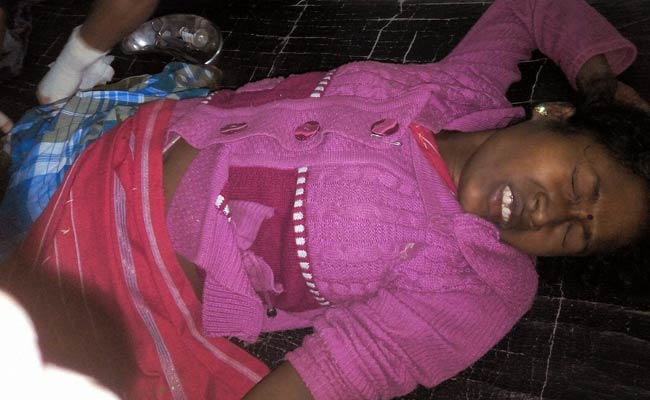 Guwahati: At least 43 people were killed in a series of attacks by suspected Bodo militants in Assam's Kokrajhar and Sonitpur districts late on Tuesday evening. Five attacks took place at various spots - men, woman and children were mowed down with AK-47 bullets, sources in the police said.

The victims were reportedly members of tribal communities, who traditionally work in the tea gardens.
The casualties were the highest in Simangpara, an Adivasi settlement north of Pabhoi reserved forest, close to the Arunachal Pradesh border, said Assam Director General of Police Khagen Sarma. The other attacks took place in Batasipur in Sonitpur district, and Serfanguri and Ultapani in Kokrajhar.

Villagers who fled the carnage told police that the rebels came on foot, armed with assault rifles and wearing military uniforms, reported news agency Reuters. They forced open the doors of their thatched huts and opened fire. Some people were pulled out of their houses and shot at point-blank range.

In one village in Sonitpur district, 21 people were killed. "They didn't even spare women and children. There were at least 10 women among the dead," Reuters quoted a police officer as saying.

The police suspect the involvement of National Democratic Front of Bodoland (Songbijit) or NDFB(S), a breakaway faction of Bodo militants, who are fighting for a separate homeland for indigenous Bodo tribesmen.

Also, the attack could be a tactic to strike terror ahead of the coming elections to the Bodoland Autonomous Hill Council. The Bodo militants suspect that the tribals help the security forces.

Promoted
Listen to the latest songs, only on JioSaavn.com
The All Bodo Students Union - a powerful political force in the region -- has condemned the attack.

The state has been put on red alert and the international border between India and Bhutan in lower Assam has been sealed. Counter-insurgency operations have been launched in the Bodoland Territorial Area District, which comprises the districts of Kokrajhar, Baksa, Udalguri and Chirang.