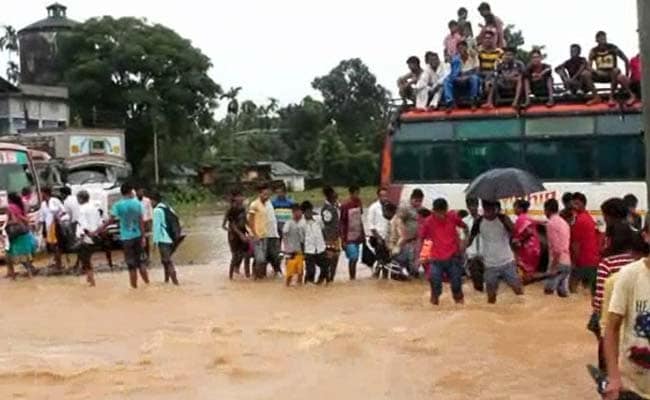 The situation in West Bengal is very bad due to incessant rains.

Kolkata: At least four persons have died in floods in the three districts of West Bengal in which about 58,000 people have been affected.

State Disaster Management Minister Javed Khan said in the last 24 hours four people have died in the state and around 58,000 affected in 150 villages due to inundation of flood waters in Alipurduar, Jalpaiguri and Cooch Behar districts.

The deaths occurred either due to drowning, wall collapse or snake bite in the flooded waters, Disaster Department Secretary S Suresh Kumar said.

Khan said they have established 43 shelters in the affected districts where relief material is being provided to those who have been temporarily displaced from their houses due to the flooding.

Incessant rains in Sikkim and Bhutan resulted in increase of water level in low-lying areas of Dooars, officials said.

In Alipurduar, there are reports of breach in some mud embankments.

The wildlife in the forests of Lataguri and Jaldapara have been affected by the floods, the officials added.