338 "Alcoholic" Cops Being Treated At Detox Camps In Mizoram, A Dry State

State Police has identified 338 of its men in khaki who are suffering from ailments related to alcoholism, and have started a special "detox" camp for them. 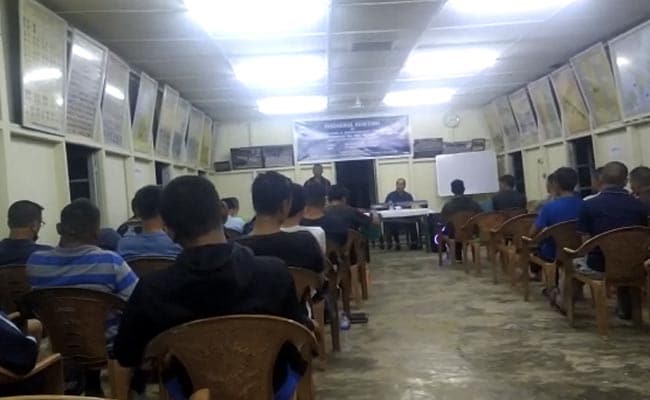 The Detoxification and Rehabilitation camp began on July 21.

Over 300 police officials are being treated for alcoholism related ailments in Mizoram, three years after the state issued a complete ban against alcohol. A 45-day camp has been organised to "improve their physical fitness level and health conditions", police said.

State Police has identified 338 of its men in khaki who are suffering from ailments related to alcoholism, and have started a special "detox" camp for them.

According to a Mizoram police statement, as an initiative to detoxify and rehabilitate Mizoram police personnel from various medical ailments resulting from alcoholism and other substance abuse, a detoxification camp has been organized from the fund received under the National Fund for Control of Drug Abuse (NFCDA).

A committee of senior police officers has been formed to oversee the organization and closely supervise the campaign, which aims to improve their physical fitness level and health conditions for carrying out their daily duties efficiently and effectively.

The Detoxification and Rehabilitation camp, which began on July 21, has nine centers which have been set up in different police facilities. The programme will continue until September 9, sources said.

Mizoram was a dry state for 18 years, until the Congress government lifted the ban on the sale and consumption of alcohol in 2015. The Mizo National Front government, which came to power in 2019 decided to go back to total prohibition with the support of the church in the Christian majority state.