As the government enters its fourth year, 65 per cent people happy with the nation's progress, Prime Minister Narendra Modi said 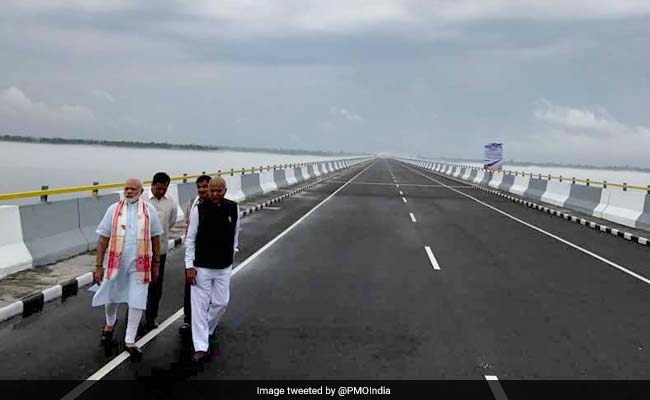 Prime Minister Narendra Modi is in Assam to kisckstart the government's 20-day celebrations.

New Delhi: The Narendra Modi government, which completes three years today, released a detailed progress report of its performance, which also recorded an increasing approval rating from the people. In 2013, only 29 per cent people were happy with the way things were going in the country. In 2016, the figure has gone up to 65 per cent, the government said. Eighty percent people are happy with the government's handling of economy -- an increase of 57 per cent in 2013. The Prime Minister's popularity rating, the government said, stands at 81 per cent. 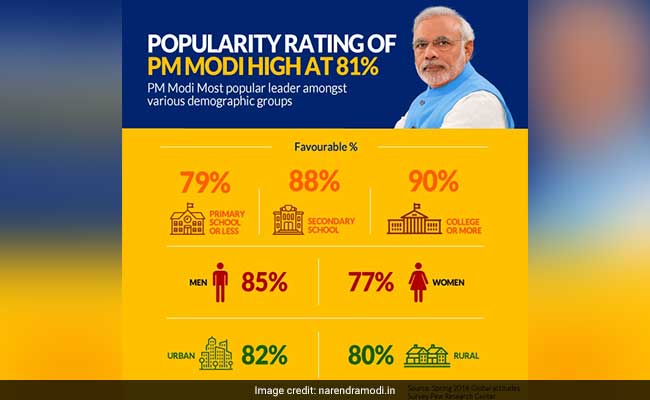 The Prime Minister today put out the statistics on his NarendraModi App to show comparisons between 2014 and now. The sectors covered included agriculture, mobile banking, tele-density, women empowerment, 'Make-in-India', tourism, electrification, solar energy and distribution of LED bulbs. The Prime Minister also invited the people to participate in a survey about the government's performance.

"Sath hai, vishwas hai, ho raha vikas hai (There is cooperation, there is confidence and progress is being made)," PM Modi tweeted. 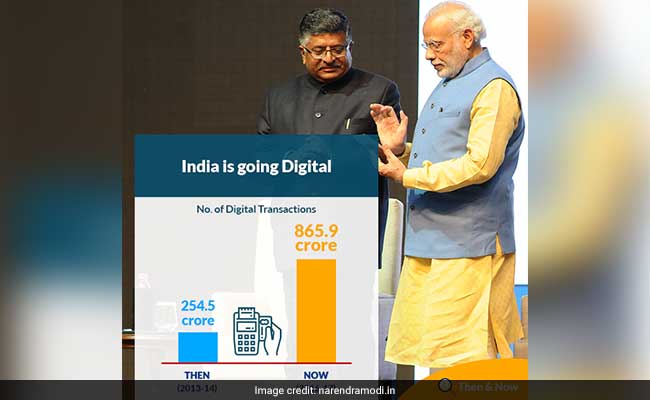 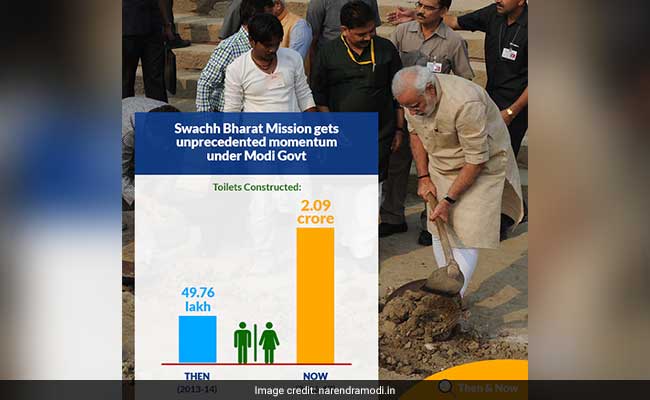 Even the competitiveness of the nation has gone up, the government said, citing the World Economic Forum's Global Competitive Index, where India has gone up from the 60th position to the 39th. 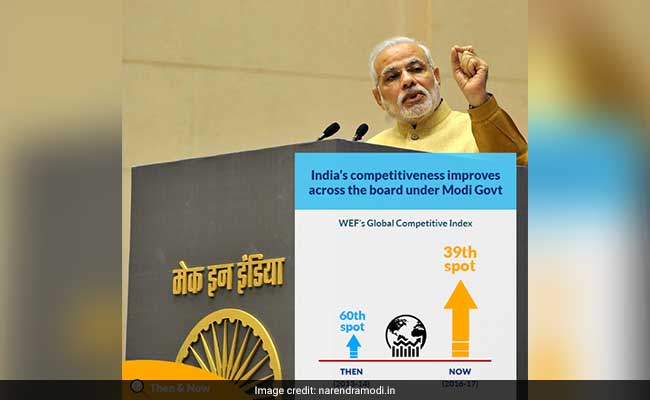 The government's messaging this year witnessed a scaling up following a huge victory in the assembly elections in Uttar Pradesh and the popular support for demonetisation.

After the spectacular victory in the assembly elections, the Prime Minister had said he saw it a "foundation for a New India". He had since repeatedly underscored the New India promise -- on his app and the monthly radio address to the nation, Mann ki Baat.
Comments
3 years of Modi Government3 Years of Narendra Modi govtNarendra ModiModi government achievements