Thirty five people were killed and 17 injured after a mini bus fell into a gorge in Jammu and Kashmir's Kishtwar. 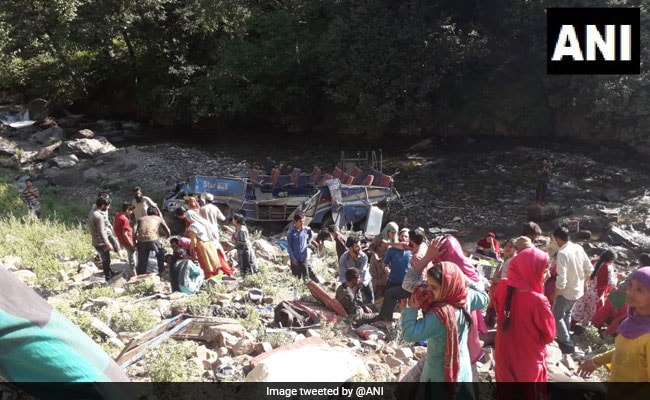 The child's relative have appealed to the government for help.

A 3-year-old-girl has lost her entire family in the tragic accident which claimed 35 lives in Jammu and Kashmir's Kishtwar.

The child, Adiba, lost her father, mother and two brothers in the incident that took place earlier today.

Mr Ali added he and other relatives would take care of Adiba and also urged the government to provide financial help for the child's upbringing.

"We will not let her be an orphan, we will raise her like our own but we want the government to provide monetary help for her education and upbringing," he said.

The child's relative also blamed the administration of the Kishtwar Hospital, he said, "There was a total lack of facilities at the hospital. They also sent the ambulance to the accident spot very late," he said.

The incident took place after the driver of a matador lost control and the vehicle fell into a gorge. Thirty-five people were killed in the accident.