3 Tigers, Including 2 Cubs, Dead In 3 Days In Madhya Pradesh

As per figures of National Tiger Conservation Authority (NTCA), Madhya Pradesh has lost 141 tigers since 2012. 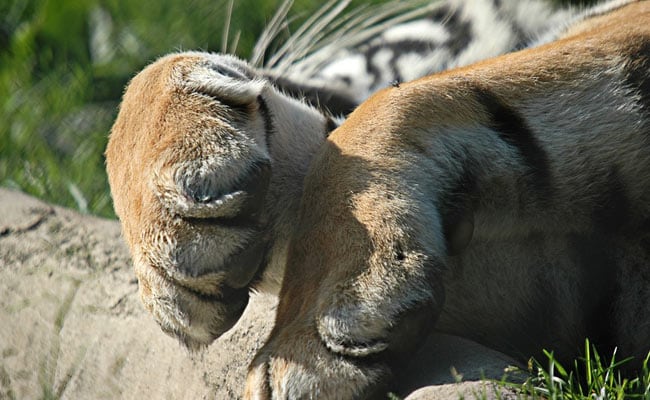 With around 3,000 tigers, India has become "one of the safest habitats" for the big cats in the world

Madhya Pradesh has lost three tigers, including two cubs, in the last three days. Just a few hours before the Tiger Estimation Report 2018 was announced by Prime Minister Narendra Modi on Monday, a tigress and one of her cubs were found dead in the Bandhavgarh Tiger Reserve on Sunday evening.

Two days later, another tiger cub aged between 15 and 18 months was found dead in Ghunghuti forest range in Umaria district on Tuesday evening.

Bandhavgarh Tiger reserve deputy director A K Shukla said the injury marks on the carcasses indicated the both had died in territorial fights. He said the carcass of a 10-month-old cub was found in Kallawah range of the reserve on July 28. The next day the carcass of the cub's mother - eight-year-old tigress T-62 - was also found in the same area.

As per figures of National Tiger Conservation Authority (NTCA), Madhya Pradesh has lost 141 tigers since 2012. In reply to a question in the Vidhan Sabha during the monsoon session, state's forest minister Umang Singhar had informed that the state lost 23 tigers between October 2018 and June 2019.

On July 29, Madhya Pradesh reclaimed the prestigious tag of being country's Tiger State with an estimated 526 tiger count, that was just two more than Karnataka, to which the central Indian state had lost its Tiger State status in 2010.