4 Policemen Killed In Terror Attack In Jammu And Kashmir's Shopian

Shopian encounter: The three policemen died on the spot; a fourth one who received critical injuries was taken to hospital, where he died during treatment 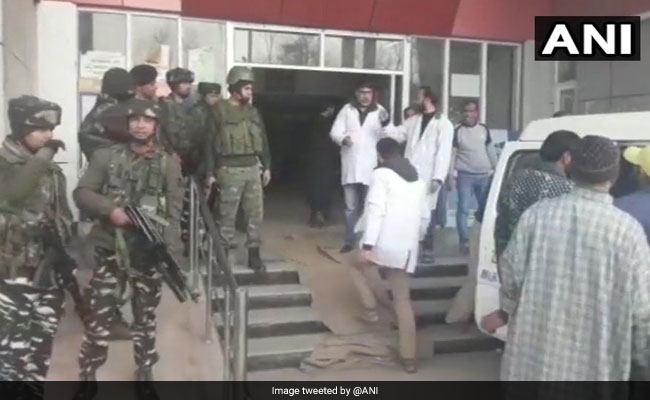 Four policemen were killed in a terror attack at Jammu and Kashmir's Shopian.

Four policemen were killed in an attack by terrorists on a guard post at Jammu and Kashmir's Shopian district. The policemen were keeping watch on a residential area and were inside their guard room when the terrorists fired at them this afternoon. The terrorists also took away their service rifles.

Three policemen died on the spot; a fourth one who received critical injuries was taken to hospital, where he died during treatment.

The police said the area has been cordoned off and a search operation has been launched.

On Twitter, former chief minister Omar Abdullah condemned the attack: "I strongly condemn the attack on the police post in Shopian & condole the deaths of three police personnel in the line of duty. I pray for their souls & for the speedy recovery of those injured in this attack (sic)".

Six Jaish-e-Mohammed terrorists led by former police officer Adil Bashir, who left the force after stealing eight rifles in October, were believed to be involved in the attack, the police said.

Jammu and Kashmir Governor Satya Pal Malik condemned the killing of the policemen in the terror attack.