The three policemen, who have crossed the porous border, have been sheltered near Lungkawlh in Serchhip district of Mizoram. 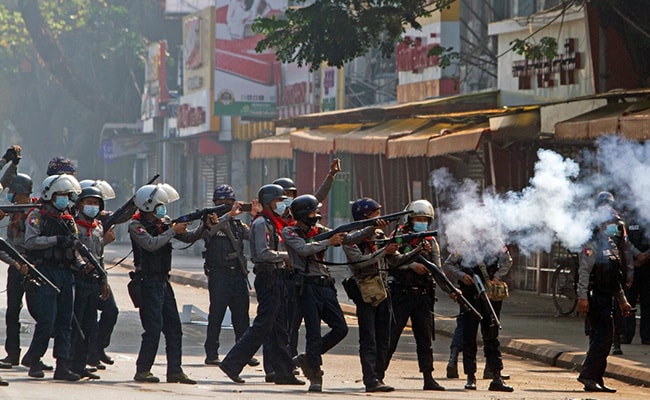 The junta overthrew a democratically-elected government, and has detained Aung San Suu Kyi.

At least six Myanmar police officers and two citizens from the neighbouring country have crossed over to India and have taken refuge at Lungkawlh village of Mizoram's Serchhip district, a top government official has confirmed to NDTV.

Out of the 8 Myanmarese nationals who have been sheltered in Serchhip district, six are police officials, one has crossed over with his wife and child, the official further added.

All of them has crossed over the border on March 3 since they did not want to obey orders of the military junta to suppress the civil disobedience movement against the military coup in the neighbouring country.

Presently they are staying at a Community Hall at Lungkawlh village of Serchhip district where they are being provided with food and clean drinking water.

They had also undergone covid test, which has come out negative.

There are unconfirmed reports of at least a dozen Myanmar civilians are taking shelter in a border village in Champai district of Mizoram, but officials are yet to confirm this development.

Mizoram shares a 404 km porous border with Myanmar. The state government has alerted all the border areas on a possible influx of people seeking refuge in the days to come, the official added.

It made unfounded allegations of widespread fraud in elections and has allegedly detained Ms Suu Kyi since February 1.

Ms Suu Kyi has reportedly been kept under house arrest in Naypyidaw, an isolated city that the military built during a previous dictatorship.