Among the police officers injured in the attack was an Assistant Sub Inspector, who reportedly suffered a head injury. All three have been admitted to hospital 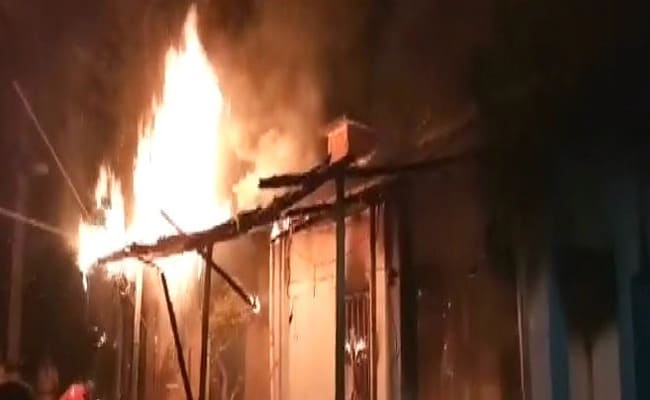 Milki Police Station is located about 15 kilometres from Malda town

A police station was set on fire in Bengal's Malda district on Sunday night after a 50-year-old man arrested over gambling charges allegedly died while in police custody. At least three police officers were injured in the attack and seven others, who had also been arrested for gambling, escaped in the ensuing chaos. The attack comes nearly four years after miscreants burned down the Kaliachak Police Station in the same district.

"Drastic action is being taken. 15 people have been arrested and the hunt is on for the other miscreants," Alok Rajori, District Superintendent of Police, told reporters today.

According to the police, eight men, including Ainul Khan, 50, were arrested on Sunday night from gambling dens in the area. Ainul Khan reported feeling unwell and was taken to a Primary Health Centre located near the Milki Police Station.

Doctors at the PHC, believing he was suffering from a heart attack, referred him to a hospital in Malda, which was about 15 kilometres away.

At this point, Ainul Khan's family and locals surrounded the police station and alleged he had died while in police custody and the trip to Malda was a ruse. At 11 pm, when Ainul Khan actually died, the mob turned violent and attacked and torched police vehicles.

Among the police officers injured in the attack was an Assistant Sub Inspector, who reportedly suffered a head injury. All three have been admitted to hospital.

"Such incident of attack on police cannot be accepted. Search operation will continue," Alok Rajori said, adding that large numbers of police personnel and Rapid Action Force teams had been deployed in the area to control the situation.