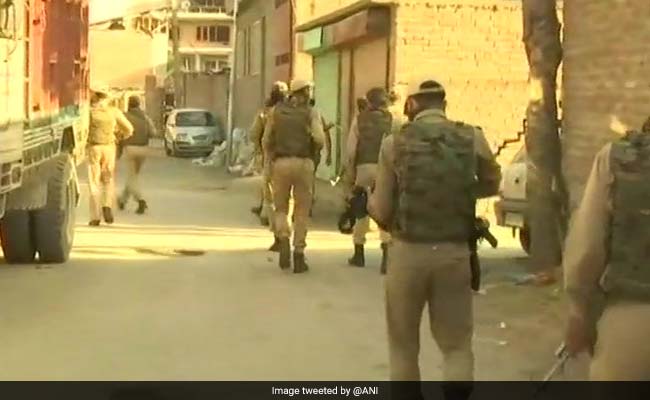 Two persons were abducted and later shot dead by Lashkar-e-Taiba (LeT) terrorists at Hajin in Bandipora, police said today. Terrorists barged into the house of 45-year-old Ghulam Hassan Dar on Friday and abducted him. His nephew Bashir Ahmad Dar was also kidnapped, a police official said. Their bullet ridden bodies were found from nearby fields this morning, he said.

"At about 3:30 am today, the militants shot both of them dead," the official was quoted by Press Trust of India.

Mr Hassan was reportedly an uncle of Ahmed (26) -- a driver by profession.

"Preliminary investigation suggests the involvement of outlawed terror outfit LeT in the incident," the official said.

"A case has been registered and investigations taken up," he said.

In another incident, gunmen forced their entry into the house of Mohammad Ashraf Mir at Harwan in Sopore and opened indiscriminate firing, killing him on the spot and critically injuring his wife.

Incidents of terrorists targeting civilians have been on the rise in the state.

On May 1, three boys were gunned down by Lashkar terrorists in Old Town of Baramulla district. According to the police, the boys were on their way to Khanpora in Old Town when the terrorists fired nearly 15 rounds at them.

The three boys - Asif Ahmad Sheikh, Haseeb Ahmad Khan and Mohmmad Asgar, all in their early 20s, were residents of Kakkar Hamam in Baramulla.

(with inputs from PTI)
Comments
terrorismLashkar