The cyclone had made landfall in coastal Raigad district bringing along gusty winds and heavy rainfall, before moving in the northeast direction. 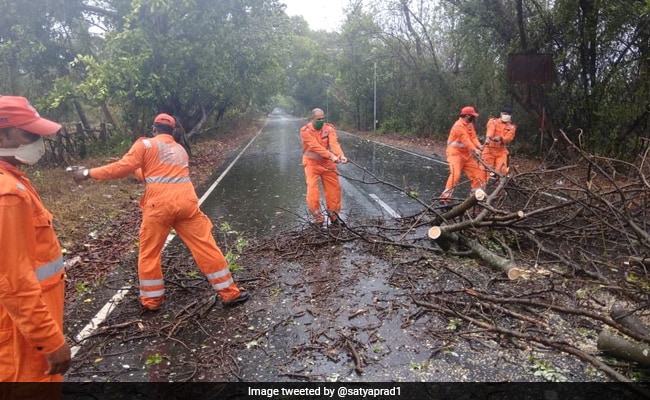 About 28,000 farmers have been affected by Cyclone Nisarga in Maharashtra's Pune district, an official said on Saturday citing a preliminary assessment.

The cyclone had made landfall near Shrivardhan in coastal Raigad district, about 177 kms away from Pune, bringing along gusty winds and heavy rainfall, before moving in the northeast direction.

Though located in the "ghat" areas of the Pune district, the villages that were affected by the cyclone are geographically close to the coastal Konkan region.

Earlier in the day, deputy chief minister Ajit Pawar and his cabinet colleague Dilip Walse Patil chaired a meeting with officials in Pune.