In Memoriam: Plaque For 26/11 Victims Comes Up At Mumbai's Nariman House

The first phase of the memorial will comprise a plaque on the roof of the building inscribed with the names of those who died in the 26/11 attack. 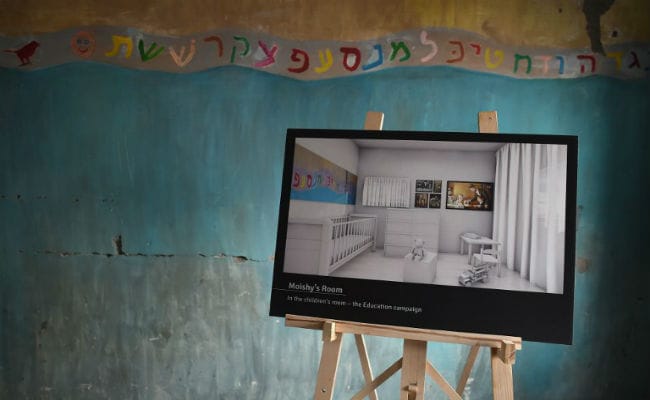 The killed Rabbi's son Moshe, then 2, had survived the attack after being rescued by his nanny

The first phase of a memorial dedicated to the victims of the 26/11 terror attack will be inaugurated Monday at the Nariman House in south Mumbai's Colaba area.

The Nariman House, which houses an outreach centre of the Jewish Chabad movement, was one of the theatres of terror on November 26, 2008, its siege ending with NSG commandos storming the building and gunning down two terrorists who had taken its residents hostage.

The first phase of the memorial will comprise a plaque on the roof of the building inscribed with the names of those who died in the 26/11 attack, Rabbi Israel Kozlovsky said Sunday.

Signifying a new chapter of peace and a beacon of light, the building itself would be called the Nariman Light House from Sunday, he informed.

"This is the only place which is dedicated to the victims of the 26/11 attack. The Taj (hotel) has one and the Oberoi (hotel) has a plaque, but those are only for the people killed at those places," the Rabbi said.

"As we know, it was not six different attacks. It was one attack at six different places. We felt that we needed to make a place which will commemorate all those killed," he added.

The plaque would have water constantly streaming from a fountain, signifying the flow of life, and would be surrounded by plants, Mr Kozlovsky said.

Six planks with the paintings of the six places targeted that day -- the Taj and Oberoi hotels, the Leopold Cafe, the Kuber boat, the Cama Hospital and the Nariman House -- would be another feature of the memorial, he added.

"The Nariman House will be called the Nariman Light House from Sunday and will serve as a beacon of light. It will be symbolic of the fact that there is light at the end of every tunnel. It is only through positivity that the message of peace can be spread across all humanity," Mr Kozlovsky said.

The second phase of the memorial, expected to be completed in a year, would be located on the fourth and fifth floors of the building and would be themed "from darkness to light", Mr Kozlovsky said.

It would tell the world that the only way to lead life was to abide by the virtues of humanity, spread positivity and become a harbinger of hope, the Rabbi added.

On the evening of November 26, 2008, two terrorists -- Babar Imran and Nasir -- had raided the Jewish centre at the Nariman House and killed four of its residents, including Rabbi Gavriel Holtzberg and his pregnant wife Rivka.

Their son Moshe, who was two years of age at that time, had survived the attack after being rescued by his Indian nanny, Sandra Samuel.

In the ensuing firefight with the National Security Guard (NSG) commandos, the two terrorists were killed.

Commando Gajendra Singh Bisht had also made the supreme sacrifice during the operation.