In the initial raids last week and today combined, a total of 36 PFI activists including top leaders have been arrested in Assam. 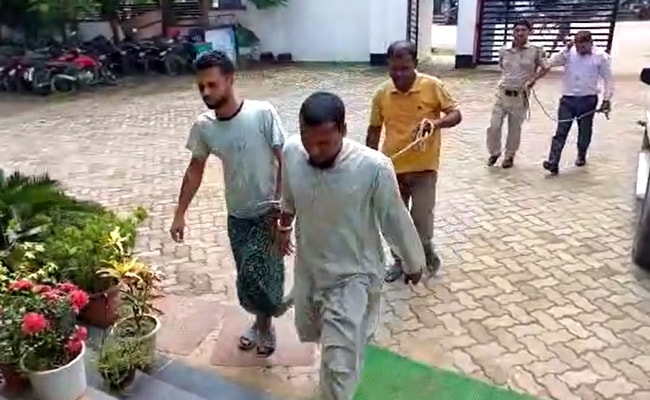 In Assam, raids were conducted by the state police with inputs from the National Investigation Agency.

Assam police detained at least 25 leaders of Islamic outfit Popular Front of India from various locations in central and lower Assam in connection with half a fresh dozen cases.

Five PFI leaders have been arrested from the Kamrup district, 10 from Goalpara, one from Karimganj, one from Udalguri, one from Darrang, three from Dhubri, two from Barpeta, and two from Baksa.

In today's arrest, two categories of PFI activists have been picked up in Assam. One are those who led and organised protests, particularly in Goalpara and Kamrup districts against last week's raids - these detentions and arrests were preventive as police sources claims they were planning larger protests.

The other set of people are district level functionaries of PFI who are arrested in connection with cases in their respective districts.

While police has not officially specified the charges as yet, sources tell us that not all but some of them will be booked under strict sections of the Indian Penal Code dealing with sedition, creating communal unrest, spreading hate against the government and its schemes, and stopping government work by force.

As for evidences, police sources say a lot of PFI literature which police sources claim to be seditious in nature -- electronic data including PFI tool kit and a vision document 2047 planning for Islamic state when India attains 100 years of freedom, social media posts and chats data from handheld devices -- have been seized.

In the initial raids last week and today combined, a total of 36 PFI activists including top leaders have been arrested in Assam.

In Assam, raids were conducted by the state police with inputs from the National Investigation Agency.

Days after nationwide multi agency raids on top leaders and functionaries of PFI leading to over a hundred arrests, a second round of nationwide crackdown on the organisation is underway. 247 have been arrested so far.

PFI has been accused of terror funding, providing weapons training to Muslim youth, and radicalising them to join terrorist organisations. The action is reportedly based on intelligence inputs provided by the NIA.

Formed in 2006, the PFI claims to work for the empowerment of marginalised communities in India and advocate the rights of Dalits, Muslims, and tribals. Law enforcement agencies, however, say PFI is promoting radical Islam and recruiting for terror outfits.