21 Snakes Seized Ahead Of Naag Panchmi In Mathura

Out of the 21 snakes seized in Mathura ahead of Nag Panchami, 14 were cobras, four rat snakes and three sand boas. 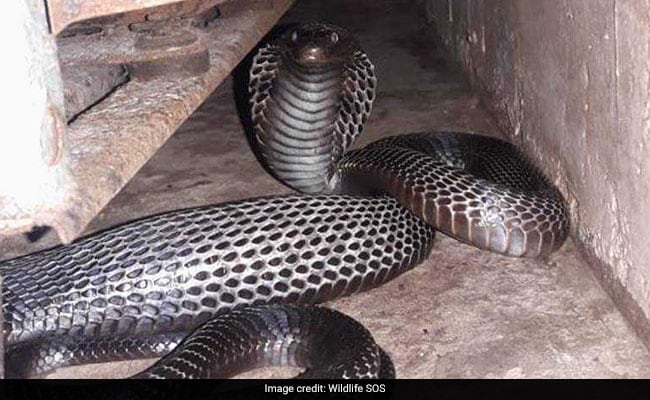 Out of the 21 snakes, 14 were cobras, four rat snakes and three sand boas. (Representational)

Ahead of the Nag Panchami festival next week, forest department officials have seized 21 snakes from snake charmers in the Sri Krishna Janam Bhoomi area, in the last two days.

More snake charmers and poachers are under the radar, an official said.

Out of the 21 snakes, 14 were cobras, four rat snakes and three sand boas. They seemed terrified and shaken as all had been de-fanged and their venom glands removed, a Wildlife SOS functionary, who has taken custody of the seized snakes said.

The veterinarians treating them have yet to decide whether it would be feasible to release them back into their natural habitat as their survival could be risky.

Snake charming has long been associated with ''tradition'' and religious veneration in India, particularly during the month of ''Shravan'', which is considered auspicious for devotees of Lord Shiva as he is typically portrayed with a snake coiled around his neck.

Abusing the faith of temple visitors, snake charmers often display snakes at temples, taking advantage of devotees'' belief in order to extract money from them.

Kartick Satyanarayan, co-founder and CEO of Wildlife SOS said, "To prevent snake bites, snake charmers often extract their fangs and remove their venom glands and even sew their mouths shut. As a result they are unable to eat and slowly starve to death."

"Capturing snakes and using them for display and entertainment is banned and a jailable offence under the Wildlife Protection Act of 1972. It is the need of the hour to draw attention to the illegality of this offence and the abominable treatment of these animals is incredibly important to curb cruelty and poaching of wildlife," he added.

Divisional forest officer (Mathura) Arvind Kumar said, "This is a cruel and inhumane practice which exploits the lives of innocent wildlife species that are protected under Indian laws."