Ali (32), a native of Raipur, has been wanted since the last six years after he was named as an accused in connection with the Bihar blasts, Raipur Senior Superintendent of Police (SSP) Arif Sheikh told reporters. 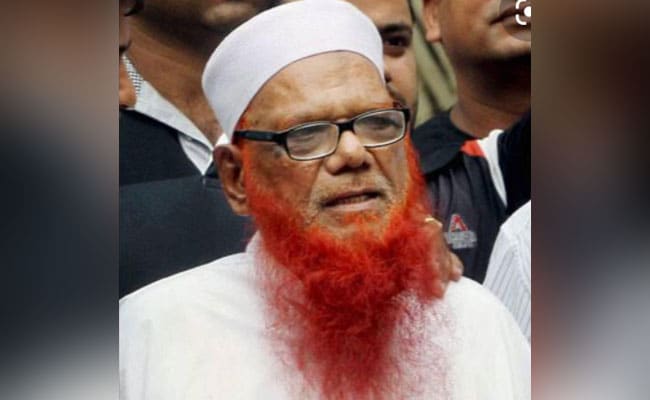 Chemical Ali is suspected to have given shelter to terrorists involved in blasts in Bihar.

Suspected SIMI operative Azharuddin alias Azhar alias Chemical Ali, wanted in connection with the 2013 Bodhgaya and Patna bomb blasts, was arrested by the Chhattisgarh Police from Hyderabad airport after he landed from Saudi Arabia, an officer said on Saturday.

Ali (32), a native of Raipur, has been wanted since the last six years after he was named as an accused in connection with the Bihar blasts, Raipur Senior Superintendent of Police (SSP) Arif Sheikh told reporters.

"Acting on a specific input, he was arrested by a joint team of Chhattisgarh Police and its Anti-Terrorist Squad (ATS) wing from Hyderabad airport on Friday after he landed (in a flight) from Saudi Arabia," he said.

Ali is suspected to have given shelter to terrorists involved in the Bodhgaya and Patna blasts.

"In December 2013, Raipur Police had busted a module of the banned outfit (Students Islamic Movement of India) in the state capital and over a period of time arrested 17 people, including SIMI sleeper cell head Umer Siddiqui, in connection with the Bodhgaya and Patna blasts," the SSP said.

Another accused, identified as Azhar (believed to be Ali), who had allegedly given shelter to terrorists involved in theses blasts, had managed to give police a slip and subsequently fled the country, he said.

A special team of police and ATS personnel was constituted after they received input on Ali's arrival at Hyderabad airport where he was arrested.

A passport, two driving licenses, a boarding pass and a voter ID card were recovered from Ali, he said.

Ali will be produced in local court, the SSP said, adding that police will seek a two-day remand for Ali.

"Ali's interrogation is likely to reveal crucial details like if he had had any support base in Hyderabad," the police officer added.

The world-renowned Buddhist pilgrimage town of Bodh Gaya was rocked by a series of blasts on July 7, 2013. Though there were no casualties, several people, including some monks, were injured.

Five Indian Mujahideen (IM) militants, convicted by a special NIA court in the 2013 Bodh Gaya blasts case, were sentenced to life imprisonment by an NIA court in 2018.

In Patna, a series of bombs had exploded at a massive election rally of the then Gujarat chief minister and now Prime Minister Narendra Modi, killing six people and injuring 89.