The 20-member team assist Kashmiris on issues like medical emergency, ambulance service, women's safety and whatever else they may need help with. 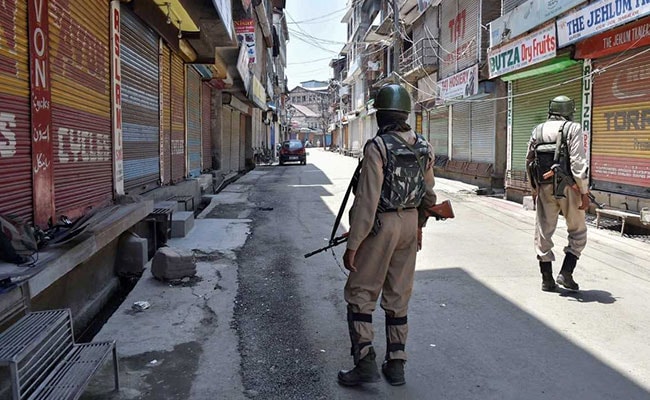 At the CRPF headquarters tucked in the Himalayan ranges here, a few men in uniform sit in a small room with four landline phones, computers, phone directories on their workstations and maps hanging on the walls.

As a phone rings, one of them answers it promptly. After a brief chat in chaste Kashmiri, he informs his unit on another line that a man in south Kashmir's Shopian district needs medicines for his young son suffering from high fever.

"The man told me he cannot go out to buy the medicines from market as his village is in a very remote location. I just informed our team in Shopian to send the medicines," the CRPF jawan, who cannot be named for security reasons, said.

"There is nothing better in the world than helping the needy," he added.

He is part of a team of 20 'madadgaars' (good samaritans), who operate a 24x7 helpline from the room, assisting Kashmiris on issues like fire emergency, medical emergency, ambulance service, women's safety, natural calamities, extortion threats and whatever else they may need help with.

Unfazed by the threats facing the men in uniform, 16 CRPF personnel hailing from some of Kashmir's worst affected areas are part of this team. They are well-versed in the local languages -- Kashmiri, Urdu, Pahari, Hindi and Gojri.

Assistant Commandant Gul Junaid Khan, who leads the team of 'madadgaars', said that the team members have been specially chosen for this task, adding that the recent killings of Army's rifleman Aurangzeb and Jammu and Kashmir Police Constable Javaid Ahmad Dar are traumatic to hear about and hence the security of his men becomes paramount.

"Out of the 20 personnel in this one-year-old team, 16 are from Kashmir while the rest of the sub-officers have good knowledge about the state's administrative set up, given their fairly good deployment in the state," he said.

The 'madadgaar' helpline, with a toll free number 14411, was inaugurated last year on June 16 by Jammu and Kashmir Governor N N Vohra amid a spike in violence in the Valley in the aftermath of Hizbul Mujahideen terrorist Burhan Wani's killing in July 2016.

The CRPF launched the helpline with an aim to build a friendly interface between the security forces (CRPF) and the public and to address the problem of terrorism to a large extent.

"The helpline received over 2.65 lakh calls between June 16, 2017, and June 25, 2018 on a variety of issues ranging from public utilities, eve-teasing of women, domestic violence, public safety and security, pilgrimage to shrines in Jammu and Kashmir and from those seeking updates on weather, traffic, flights and trains," Mr Khan said.

Over the past year, a total of 2,349 calls needed action on ground and the issues were successfully addressed, he said.

While there are many local CRPF personnel who undertake operations against terrorists in Srinagar, this team has a unique task, CRPF Commandant (Operations) Suresh S said.

CRPF Inspector General (Operations) Zulfiqar Hasan said the helpline works round-the-clock and it is "ensured" that help reaches the caller even in the middle of the night.

"Given the good coordination we have with the state police and administration, we are able to help," he added.

Not just the helpline operators, all the counsellors too are Kashmiri men, Mr Khan said. They understand the local languages and the problems faced by the residents well because their own families live in these areas, Mr Khan said.

The 'madadgars' have been provided with an exhaustive database to respond to the callers' queries and all cases are followed up till they are successfully resolved, Mr Khan said.

The team has donated 46 units of blood to the needy, arranged for 26 surgeries to be performed in either state government hospitals or a CRPF medical unit (44 more are in the pipeline), helped some people with dialysis under special government schemes and provided eight prosthetic limbs to the locals with the help of AIIMS, Delhi and PGI Chandigarh, Khan said, citing his team's work.

The 'madadgaars' have also helped resolve 31 complaints relating to roads, 33 related to drinking water, 23 pertaining to electricity. Their work also includes informing job aspirants about the dates of forthcoming exams.

Over the year, the 'madadgaars' received about 80 harassment complaints from local girls and women.

"We cautioned the offenders and in some cases took the help of the local police to lodge a compliant," Khan said.

Bolstered by the good response to the service, Mr Khan said, the helpline now also offers assistance to Kashmiris based in other parts of India and where there is a CRPF unit.

"A number of help requests from Jammu have also been successfully addressed," he said.