Police said that the terrorists fired at a road clearing party of the security forces in Chadder area. 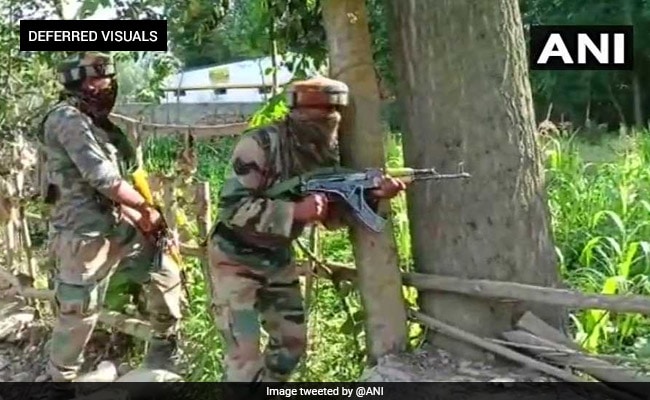 The encounter began this afternoon in the Cheddar Qaimoh area of Kulgam. (File pic)

Srinagar: Two Lashkar-e-Taiba (LeT) terrorists, including the terror group's divisional commander Shakur Dar, were killed in an encounter with security forces, while another surrendered in Kulgam district of south Kashmir today, police said. A civilians also died and 12 protesters were injured in the clashes that erupted soon after the encounter, police sources told NDTV.

Jammu and Kashmir top cop SP Vaid said that efforts are being made to establish the identity of the terrorists.

The encounter began this afternoon in the Cheddar Qaimoh area of Kulgam district as Jammu and Kashmir Police, along with the CRPF and the Army, were carrying out operations to sanitise a national highway ahead of the annual Amarnath pilgrimage, beginning June 28, news agency PTI said.

Clashes erupted soon after the encounter during which a civilian died. The man was killed 5 km from the encounter site, police sources said. Twelve protesters have also been injured.

Promoted
Listen to the latest songs, only on JioSaavn.com
Internet services have been suspended in Kulgam following the incident.

Meanwhile, another civilian injured in security forces firing in Anantnag yesterday died in a hospital in Srinagar.