The students, including two girls and three boys, were coming to Noida from Agra when the accident occurred at around 6.30 pm, a senior officer said. 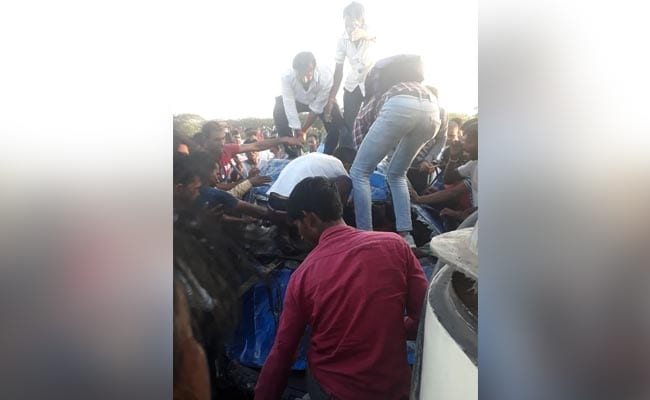 Two college students were killed and three others injured when their speeding car collided with a state transport bus on the Yamuna Expressway in Greater Noida on Friday evening, police said.

The students, including two girls and three boys, were coming to Noida from Agra when the accident occurred at around 6.30 pm, a senior officer said.

"The speeding car lost control, jumped the divider on the highway and landed on the opposite lane where it collided head-on with a bus," Superintendent of Police, Greater Noida, Ranvijay Singh told news agency PTI.

"Two students, a girl and a boy, were killed in the collision. The other three have been hospitalised where they are undergoing treatment," Mr Singh added.

Shivani Yadav, a journalism student and Owais Chaudhary, a second year BTech student, were killed in the accident, police said, adding that Sai Sharma, Shaurya Gupta and Aditya Saxena were undergoing treatment at a hospital.

All of them were from Amity University, they said.

The incident took place about three km from the Zero Point, under Beta II police station area. None of the bus passengers were hurt in the incident, Mr Singh said.

On September 10, two men on a motorcycle had died in an accident on the Yamuna Expressway while four IT professionals were killed after their SUV crashed on August 18.

On July 8, 29 people were killed after a speeding passenger bus veered off the expressway near Agra and plunged into a drain about 40 ft deep.

More than 700 people have died and over 7,600 have been injured in nearly 5,000 accidents along the 165-km-long Yamuna Expressway since it was opened in 2012, according to an official figure.

Officials say speeding is one of the main causes of incidents on the six-lane highway managed by the Yamuna Expressway Industrial Development Authority (YEIDA).