2 Sadhus Among 3 Killed By Mob In Maharashtra, BJP Seeks Probe

Maharashtra: Shocking visuals show angry residents of Gadchinchale village attacking a police team as they try to restore order and rescue the two sadhus and a driver

Barely 125 kilometres from Mumbai, a small village in Maharashtra's Palghar district has reported a horrific case of mob killing; three people, including a 70-year-old man, were attacked and killed on Thursday night after rumours they were kidnapping children to harvest organs, including kidneys.

Shocking visuals show angry residents of Gadchinchale village, armed with sticks and stones, out of control and attacking a police team as they try to restore order and rescue the 70-year-old man and the two others. Two of those killed are sadhus, the third was the driver of the car they were travelling in.

In one of several videos of the assault a man can be heard shouting "Oye, isko maro (Hey, hit him)" and the 70-year-old victim can be seen, surrounded by an armed mob and bleeding badly from his head, begging for his life as cops try to control the situation.

A second shows dozens of villagers systematically breaking the glass windows of a police patrol vehicle. Yet another shows the vehicle rolled over with the windshield shattered.

Palghar Killings: Police said some of their officers suffered injuries in the attack

"The police reached the spot and when they put the victims in the police car, the mob attacked them again. Policemen have also been injured in the incident. The officers managed to bring them to the hospital, but they died. We are investigating the incident and 110 people have been taken into custody," Kailash Shinde, the District Collector, said.

"I want to appeal to everyone to not believe in rumours. No one is coming to steal from your village or take your child's kidneys. Villagers have taken the matter into their hands and we will take necessary action," he added.

A post-mortem report is awaited.

Former Maharashtra Chief Minister Devendra Fadnavis condemned the mob attack. "Seeing the visuals that have come out, Palghar incident of mob lynching is shocking & inhuman. It is more disturbing especially when we are going through such tough times otherwise too. I urge the State Government to immediately set up a High Level Enquiry and ensure that people who are responsible for this are brought to justice at the earliest," he tweeted.

Seeing the visuals that have come out, Palghar incident of mob lynching is shocking & inhuman.
It is more disturbing especially when we are going through such tough times otherwise too.
I urge the State Government to immediately set up a High Level Enquiry and...
(1/2)

Police have said there were rumours of thieves taking advantage of the nationwide lockdown to break the chain of transmission of the novel coronavirus.

The Palghar incident has been acted upon. The police has arrested all those accused who attacked the 2 sadhus, 1 driver and the police personnel, on the day of the crime itself.

"Nobody guilty in this heinous crime and shameful act will be spared and they will be brought to justice in the strongest way possible," he said. 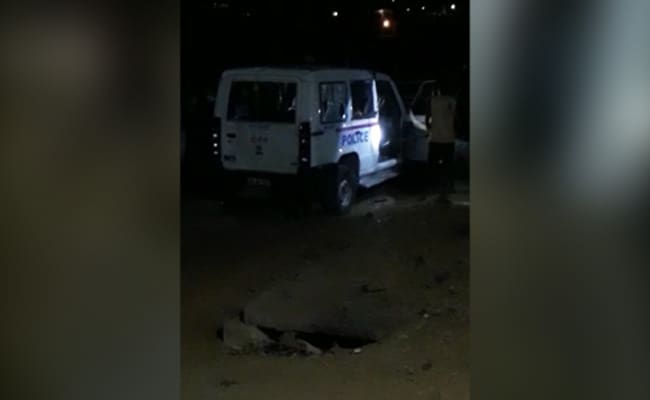 Palghar Killings: 110 people have been taken into custody over the attack

However, they also said investigations into the exact cause behind this brutal and inhuman crime are ongoing; the cops feel the attack on the team of officials suggests the mob was intent on killing the trio.

The mob refused to listen to repeated instructions and pleas, the cops said.

The three men who were killed have been identified as Sushil Giri Maharaj (35), Nilesh Telgane (35), who was driving the care they were travelling in, and Chikane Maharaj Kalpavrikshgiri (70). Two of them were sadhus. They were travelling towards Surat to attend the funeral of a common acquaintance.

A case has been registered at the Kasa Police Station located in the interior of Palghar district.