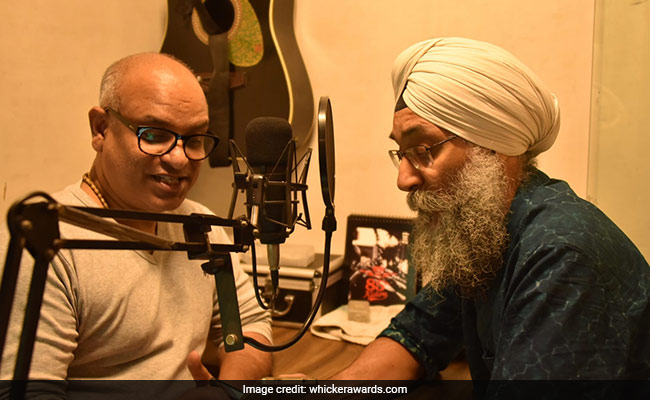 The two men behind India's first podcast celebrating motorcycling and documenting its history bagged a prestigious 3,000-pound UK award for their first-of-its-kind concept of a 'Biker Radio Rodcast'.

Shirshendu Banerjee and Arvinder Singh - known as Shandy and Sunny - won the 'Whickers Radio & Audio Funding Award' runner's up prize in London last Saturday for their documentary proposal to follow several hardcore biking enthusiasts as they take part in one of the most gruelling motorcycling rallies in the world - the Raid de Himalaya.

"We've always believed that the future is sound and winning a Whickers Award is an echo of appreciation from the finest promoters of original content," the two men said in a statement.

"This puts Biker Radio Rodcast, India's first and exclusive podcast, on the international map as we continue to showcase the stories of motorcycle riders in India on the 'Long Way Home' [show]," they said.

Their next challenge will be to now produce the special documentary following the bikers on the Raid de Himalaya challenge next month.

"Forty-six million bikers in India...who knew? I can't wait to hear more about the world of this huge and new biking community as they take part in this physically and mentally challenging rally," said Jane Mote, international TV and radio executive and member of the award's judging panel.

"The plan to take listeners into a different and surprising world that turns our preconceptions about India on their head is exactly what Alan [founder Alan Whicker] would have wanted to do," she said.

The winner of this year's first prize of 7,000-pound was radio documentary 'I'm a Shit Activist', inspired by Stokely Carmichael, a civil rights activist in Cuba.

Producer Isis Thompson was selected following a live pitch by five finalists in front of a panel of industry judges.

"We loved her enthusiasm, her originality and her honesty, and feel that she breaks new ground," said Valerie Kleeman, Chair of the Whickers' Awards Committee.

The Whickers were established in 2015 to fund and recognise original and innovative documentary.

They seek to use the generous legacy of their namesake, legendary British broadcaster Alan Whicker, to support emerging audio and film documentary-makers in the production of authored programmes and to recognise exceptional audio that has already been broadcast.