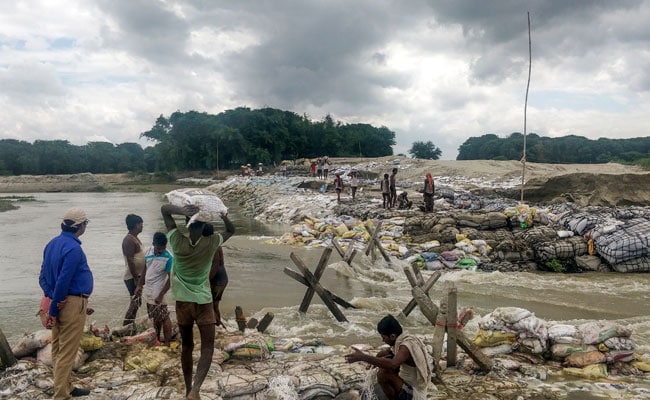 Two children have died in Bihar's Kishanganj as heavy rains continue to lash the state.

According to Principal Secretary Disaster Management Pratya Amrit, six Bihar districts have severely been affected due to the rising level of rivers following torrential rains. These districts include Sheohar, Sitamarhi, North Champaran, Jaynagar in Madhubani, Araria, and Kishanganj.

"Two children have lost their lives in Kishanganj," he said.

Disaster management teams are carrying out rescue and relief work in various districts.

"People are being evacuated to safer places. We have constructed community kitchens for those who are unwilling to move from their houses," Mr Amrit said.

He said around 16 community kitchens have been set up to provide meals to the people.

"We are following all standard operating procedures (SOPs). Accordingly, we are working on camp and medical facilities and animal protection. Also, an ex-gratia amount will be given to the deceased's family," he said.