19 Killed After Cement-Laden Truck Overturns On Highway In Gujarat

Seven people were also injured in the accident that happened on the highway in Gujarat's Bhavnagar, 170 kilometres from Ahmedabad 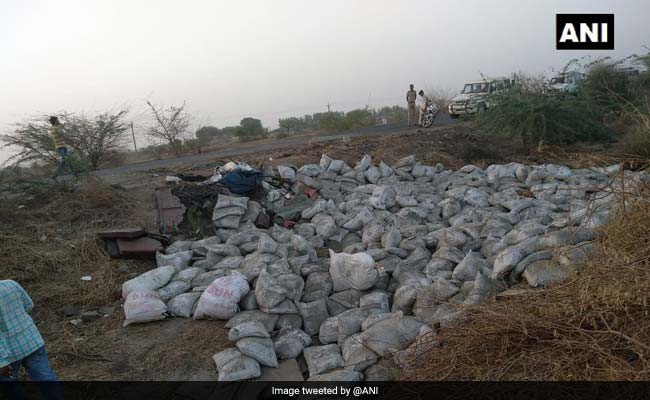 Ahmedabad: Sixteen labourers and three children were killed and six others were injured after a truck they were travelling in overturned on a highway in Gujarat's Bhavnagar, 170 kilometres from Ahmedabad.

The accident happened when the cement-laden truck while taking a turn in high-speed lost control and overturned on the highway.

The truck was coming from Pipavav Port in Bhavnagar, the police said.

"There were 25 labourers travelling in the truck. The vehicle turned turtle early morning and 19 labourers were crushed to death," Ahmedabad Superintendent of Police RV Asari said.

Of the 18 people who died on the spot, 12 were women and three were children; another person died in a hospital, police said.

The six other injured people have been admitted to a nearby hospital, the officer said.

"The accident seems to have taken place as the driver of the truck lost control over the vehicle. The driver fled from the accident site. Police have formed teams to look for him," Mr Asari said.

"My thoughts are with the families of those who lost their lives due to an accident near the Bhavnagar - Ahmedabad Highway in Gujarat. I pray that those who have been injured in the accident recover at the earliest," Prime Minister Narendra Modi tweeted.

With inputs from agencies
Comments
GujaratBhavnagar