The search operation launched by the state police and the National Disaster Response Force (NDRF) to find the missing people is still on. 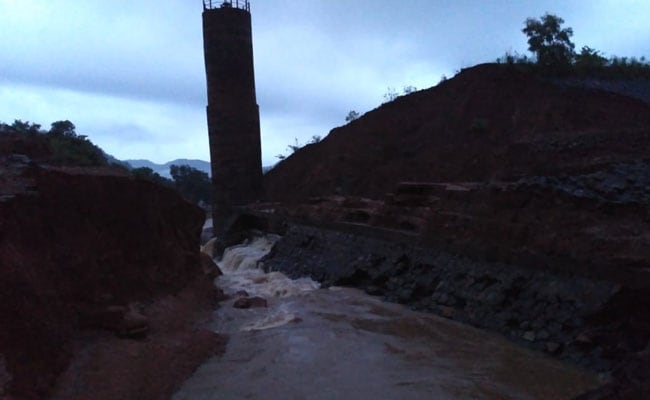 Chief Minister Devendra Fadnavis on Wednesday ordered an inquiry into the incident.

Fourteen people were killed and 11 are still missing after heavy rainfall led to a breach in the Tiware Dam in Ratnagiri district of Maharashtra on Tuesday night.

Heavy rainfall on Monday and Tuesday led to the breach in the dam, officials said. Seven downstream villages, including Akle, Riktoli, Ovali, Kalkavne and Nandivase, were flooded and at least 12 houses and 20 vehicles near the dam were washed away.

The search operation launched by the state police and the National Disaster Response Force (NDRF) to find the missing people is still on.

Chief Minister Devendra Fadnavis on Wednesday ordered an inquiry into the incident. "Reasons for the breach will be probed and action would be taken against the guilty expeditiously," an official statement.

The 15-year-old Tiware dam was repaired in May after locals complained about it. Maharashtra Water Resources Minister Girish Mahajan has said the state would probe "how the cracks developed" in the dam despite the repair.

"We have ordered an inquiry. If the repair was done, what kind of repair work was carried out? How did it develop cracks? How much money was spent? Everything needs to be investigated and we will do it," Mr Mahajan said.

The opposition, meanwhile, has targeted the state government over the loss of lives and demanded the resignation of the minister concerned.

Vijay Wadettiwar, leader of opposition in Maharashtra assembly, said, "The dam generally stays good for 100 years. How did this incident happen? This is a case of corruption. The work was done by local MLA Sadanand Chavan's company. "