The incident took place on Monday when the women underwent the procedure at a health camp organised at the Gyaraspur primary health centre. 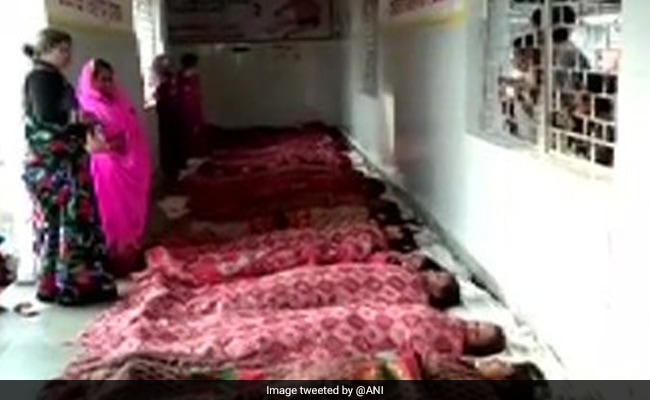 Women were seen sleeping on the floor. (File)

At least 13 women were allegedly made to lie on the floor of a primary health centre in Madhya Pradesh's Vidisha district after they underwent sterilisation surgery, prompting the authorities to launch a probe into the matter, an official said on Wednesday.

The incident took place on Monday when the women underwent the procedure at a health camp organised at the Gyaraspur primary health centre.

"After I came to know that some women after the surgery had to sleep on the floor of the health centre, I ordered an inquiry," district chief medical and health officer Dr KS Ahirwar told PTI.

Notices have been issued to all staff members of the health centre, he said.

Mr Ahirwar, however, denied reports in a section of media that 41 women were not provided beds after the surgery.

"After my visit to the health centre, I can clarify that out of 41 women who underwent the procedure, 28 were provided beds. The remaining 13 women were given floor beds," he said.

All the 41 women were discharged on Tuesday and they are fit and healthy, the official said.

In February, a similar treatment was meted out to women during a medical camp at a government hospital in Katni district. At that time, the doctor contended that the hospital wards were being repaired.

Meanwhile, Madhya Pradesh Health Minister Tulsi Silawat said steps were being taken for improvement in the health care sector in the state.

"Healthcare in the state was in a mess for last 15 years under the BJP government. After the Congress-led government coming to power last year, we are working hard to improve it," he added.