12 Injured After 50 Houses Burn Down In Siliguri Slum Fire

Of the injured, three persons, including a firefighter and a child, are undergoing treatment in hospital. 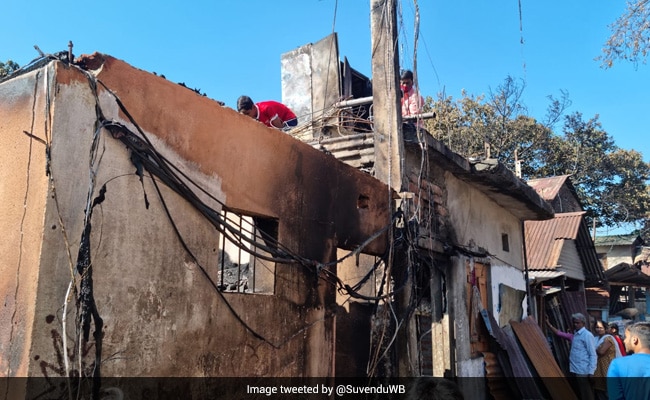 The blaze erupted around 8 pm on Saturday in Rana Bustee in ward number 18.

At least 12 people were injured and around 50 houses burned down, after a fire broke out in a slum in West Bengal's Siliguri city, officials said on Sunday.

Of the injured, three persons, including a firefighter and a child, are undergoing treatment in hospital, while the others were discharged after administering first aid, they said.

The blaze erupted around 8 pm on Saturday in Rana Bustee in ward number 18, and eight fire tenders were pressed into service to douse the flames, the officials said.

The occupants of the houses have been shifted to temporary shelters, and are being provided with food and clothes, they said.

Union Minister of State for Education Subhas Sarkar, who was in the city, visited the spot and took stock of the situation on Saturday evening, while several local political leaders also went to the fire site during the day.

Commissioner of Police Akhilesh Chaturvedi said the cause of the fire was yet to be ascertained.

Several cylinders had exploded in the houses, causing the blaze to spread rapidly in the densely populated slum, which was home to nearly 2,000 people, the officials said.

Battle For States: Can AAP Be A National Challenger To The BJP?