The shutdown was called by Joint Movement Committee (JMC), who refused to accept more than 500 of the total 4,900 displaced Bru families in the sub-division. 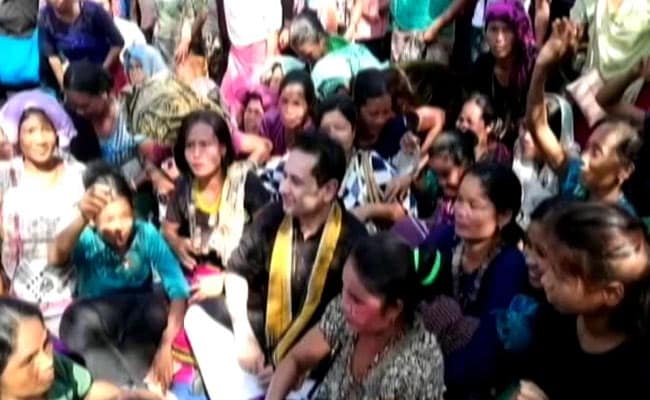 Reangs or Brus are the second largest ethnic group in Mizoram. (FILE)

A dawn to dusk 12-hour shutdown was observed today in North Tripura's Kanchanpur sub-division to protest against the resettlement of the Reang or Bru refugees.

The shutdown, observed from 6 AM, was called by Joint Movement Committee (JMC) - a conglomeration of Jampui Hill Mizo Convention and Kanchanpur Nagarik Surakha Mancha - who refused to accept more than 500 of the total 4,900 displaced Bru families in the sub-division.

The roads in Kanchanpur and parts of North Tripura district were deserted as shops and government offices had their shutters down due to the shutdown. The road leading to Jampui hills, a major tourist destination, was closed by protesters with bamboo poles and picketers organised bike rallies, making rounds across the sub-division.

The committee had demarcated specific locations within the subdivision for the settlement. However, the Tripura government after signing the quadripartite agreement regarding Bru settlement with Centre, Bru leaders and Mizoram, kept 3,600 hectares of land in 11 locations in the list for resettling 4,900 families comprising 33,000 people, of which, five are in north Tripura itself.

While CCRF under Anandabazar, Bikramjoy Para, Nandiram Para, Manu Manpui, Banchiram Pusparam Para and Kuki Nala in the north Tripura district have been identified for the displaced Bru refugees to settle down, only two -- Teliamura and Sikari Bari area -- under Khowai district, West Kalajhari in Amarpur subdivision in Gomati district, Boxanagar in Sepahijala district and one in Dhalai district have been identified.

Reangs or Brus are the second largest ethnic group in Mizoram. Their exodus in 1997 to Tripura was spurred by violent clashes in Mamith subdivision, a Reang-dominated area in Mizoram, when they demanded creation of an autonomous council that was vehemently opposed by Mizo groups.

After signing the agreement in January this year, the Centre had sanctioned around Rs 600 crore as a settlement package and Union Home Minister Amit Shah had announced a 40x30 ft area plot to build a house, Rs 4 lakh as fixed deposit, financial aid of Rs 5,000 per month along with free ration supply for the next two years to all the Bru families. To build houses, an amount of Rs 1.5 lakh will also be provided to every family. The JMC supports the settlement packages and all these benefits to the Bru families.

As per the agreement, their settling down process was supposed to be started from March this year that got hit by the COVID-19 pandemic and the consequent lockdowns since March 25.