The toll could increase further as three others are feared trapped under the debris. Some houses and other structures were also damaged in the landslide. 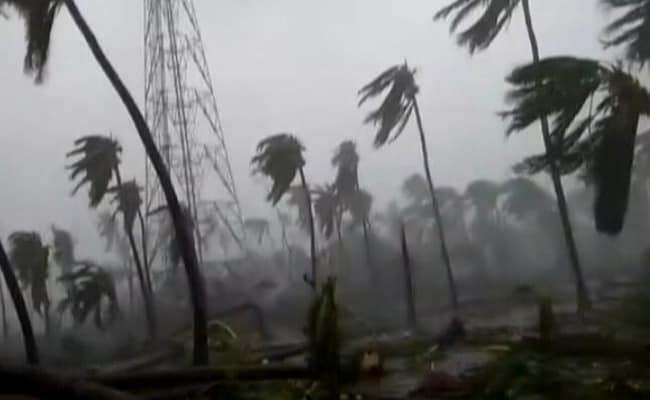 Cyclone Titli had made a landfall on Thursday southwest of Gopalpur near Palasa.

At least 12 people were killed in a landslide triggered by cyclone Titli-induced heavy rain in Odisha's Gajapati district, raising the death toll due to the deadly storm to 15 in the state, officials said today.

The landslide occurred at Baraghara in the hilly Rayagada block where some villagers had taken shelter in a cave following very heavy rain on Thursday evening, a senior official said.

The toll could increase further as three others are feared trapped under the debris. Some houses and other structures were also damaged in the landslide, he said.

Chief Minister Naveen Patnaik, who conducted an aerial survey of Gajapati and two other districts, said, "I extend my deepest condolence to the bereaved families."

Senior BJD leader and former Union minister Chandra Shekhar Sahu, who visited the site, said he saw around a dozen bodies and the toll may go up.

He said the local authorities had advised the villagers to move to safe shelters before the cyclone, but they apparently "refused".

Petroleum Minister Dharmendra Pradhan also expressed grief over the tragedy and conveyed his heartfelt condolences to the bereaved families.

Chief Secretary A P Padhi said a detailed report on the incident has been sought from the district collector and the affected families would be given financial assistance as per the norms.

Special Relief Commissioner (SRC) B P Sethi said the district SP, a sub-collector, NDRF personnel and medical team have rushed to the spot.

He said it took a long time for the officials to reach the site, as the roads were blocked by uprooted trees and boulders.

The cyclone had made landfall near Palasa on Thursday, said an official.

Sixteen districts have been affected by the flood and the cyclone.

The chief minister has announced a monetary relief for people affected by the cyclone and the resultant flooding in Ganjam and Gajapati districts and Gunupur sub-division of Rayagada district.

"On an average a family of four will be assisted with more than Rs 3,000 as relief," Mr Patnaik told reporters in Bhubaneswar.

He said the relief amount will be provided at the rate of Rs 60 per adult and Rs 45 per child per day for 15 days.

As many as 1,27,262 people were sheltered in 963 relief centres Friday, while the NDRF and the Orissa Disaster Rapid Action Force (ODRAF) were deployed to speed up rescue and relief operations, Mr Sethi said.

Two helicopters requisitioned from the Indian Navy are being engaged in air dropping operation in Purushottampur and Aska areas of Ganjam district, the officials said.

The chief minister has directed Finance Minister Sashi Bhushan Behera and SC-ST Development Minister Ramesh Majhi to proceed to Kandhamal district to monitor the relief and restoration work, an official in the CMO said.

The state government cancelled the Dusshera vacation of all its employees in southern and central division, including Bhubaneswar, in view of cyclone Titli and the subsequent flooding in different parts of the state.

About 60 lakh people were affected in the cyclone and flood and normal life was badly hit in Ganjam, Gajapati and Rayagada districts, official sources said.