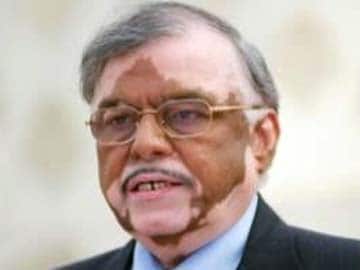 New Delhi: The political and legal row over the proposed appointment of former Chief Justice of India P Sathasivam as the Kerala Governor is intensifying. Today, the Kerala High Court Advocates Association, which had been criticising the appointment, sent a resolution signed by 118 members to President Pranab Mukherjee.

While the President has been requested not to go through with the appointment, the resolution, passed on Tuesday, also requested the former Chief Justice not to accept the post.

The association feels the independence of judiciary will be affected if a person who held the highest judicial post is made Governor -- which is a political appointment.

The political storm over Justice Sathasivam's appointment is already raging -- with the Congress asking if it was the NDA government's reward to the judge for quashing a fake encounter case against party chief Amit Shah. (Read: Ex-Chief Justice as Governor? 'Which Verdict Pleased Modi, Amit Shah?' Asks Congress)

"There's nothing wrong in a former CJI becoming Governor. In fact, I have not even offered any advice to any corporate since my retirement," Justice Sathasivam had told NDTV earlier this week. He has also denied that the appointment was a "quid pro quo". "Any other judge in my position would have given the same verdict. There can't be two FIRs on the same case." (Read: My Family Has Not Committed Any Impropriety, Says Justice Sathasivam)

Promoted
Listen to the latest songs, only on JioSaavn.com
It has also been alleged that his family had got undue favours from the Tamil Nadu government - a charge the former Chief Justice has denied.

"I'm happy to be back in my hometown looking after agriculture. I'm fine even if I'm not appointed Governor," he had told NDTV.