11 Dead As Car And Truck Collide In Maharashtra

The deceased belonged to Haryana, Delhi and Nagpur and had been at a marriage in Nagpur. 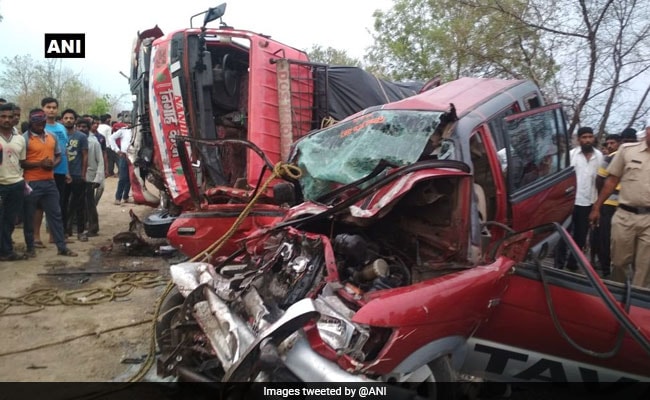 The collision occured in the early hours of the day at Yavatmal, Maharashtra.

Mumbai: Eleven people, including six women, were killed when a car collided with a truck at the Kosdani ghat in Maharashtra's Yavatmal in the early hours of the day today. The occupants of the car were on a pilgrimage to Sachkhand Gurudwara in Nanded, according to the police.

The deceased, who belonged to Haryana, Delhi and Nagpur, were in Nagpur for a wedding. After attending the wedding, they decided to visit Sachkhand Gurudwara in Nanded in the Marathwada region of Maharashtra in a private car, police said.

"Around 4 am, when the car was passing through the Kosdani ghat section, a speeding truck collided with their vehicle, in which 10 people died on the spot. A girl, who sustained critical injuries, died in the hospital during treatment," an official said.

Some people informed the Army Police Station, which was 12 km away from where the incident happened, and upon receiving word, the police rushed to the spot of the accident after which the bodies of the deceased which were sent to a government hospital for post-mortem.

A case has been registered against the unidentified truck driver, who escaped from the site of the accident.
Comments
accidentNandedCar-Truck Collision