She was suffering from age-related ailments, and was admitted to the Dhamtari district hospital a few days ago. 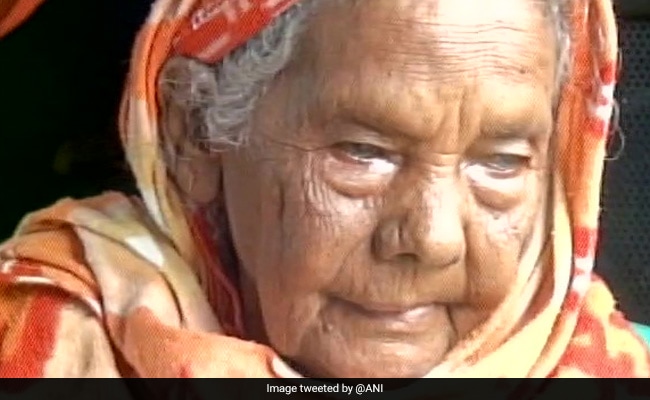 Raipur: Kunwar Bai, a 106-year-old woman from Chhattisgarh who was chosen as a mascot for the 'Swachh Bharat Abhiyan', died Friday after a prolonged illness.

Kunwar Bai passed away at Dr Bhim Rao Ambedkar Memorial Hospital where she was admitted on Thursday, a government official said.

Kunwar Bai shot to fame in 2016 when the story of how she sold her goats to build a toilet at home got nationwide publicity.

She was felicitated by Prime Minister Narendra Modi at a public meeting at Kurrubhat village in Rajnandgaon district, and later made a mascot for the Swachh Bharat Abhiyan.

She was suffering from age-related ailments, and was admitted to the Dhamtari district hospital a few days ago.

On Chief Minister Raman Singh's instructions, she was shifted to the hospital in Raipur on Thursday, the official said.

Promoted
Listen to the latest songs, only on JioSaavn.com
According to the official, all 18 houses in her village Kotabharri in Dhamtari district now have toilets, earning the village Open Defecation Free status.