10 Killed, Several Injured In 24 Hours In Rain Related Incidents In UP

80 people have been killed in a week in rail related incidents in the state. 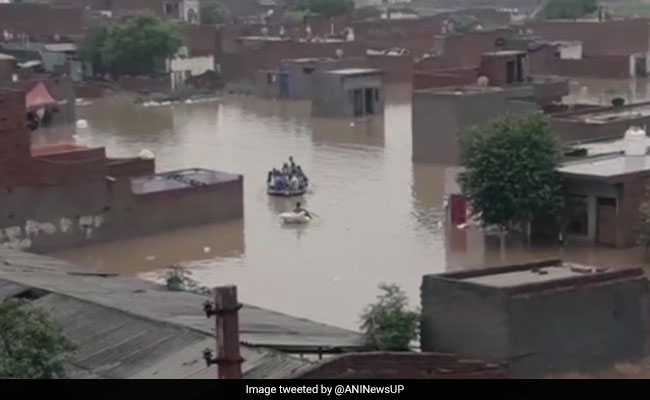 Yogi Adityanath has directed officials to give financial and medical assistance to the people.

Ten persons were killed and seven others injured in rain related incidents in different parts of Uttar Pradesh during past 24 hours, a senior official said here today.

Chief Minister Yogi Adityanath has directed senior officials of all the districts to undertake extensive tours in the affected areas and identify dilapidated buildings and get them vacated, a government spokesperson said in Lucknow.

"10 persons were killed and seven injured in different parts of UP since yesterday. The toll since last week in such incidents has reached 80 while total injuries are 84 till 11.30 am today," Relief Commissioner Sanjay Prasad said.

The maximum 11 deaths were reported from Saharanpur district. 44 cattle were killed and 451 houses were also damaged in these incidents, he said.

The CM has directed officials to give financial and medical assistance to the people severely affected by the rains, the spokesman said.