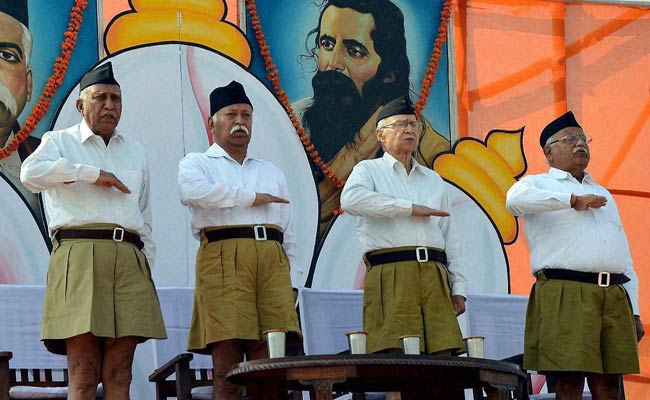 Nagpur: The BJP's ideological mentor, Rashtriya Swayamsevak Sangh (RSS) has added about 10,000 shakhas during the last decade and more than half of these came up in the last one year.

Currently, there were 50,432 shakhas across the country, a senior leader of the Sangh today said in Nagpur.

Significantly, more than half of the new shakhas came up in the last one year. Shakha is a place where RSS volunteers gather every day.

"The RSS shakhas are increasing and more and more youths from schools and colleges, particularly those pursuing higher studies in medicine, engineering and technology, are attracted to the Sangh," said Vidarbha joint secretary of RSS Deepak Tamshettiwar in Nagpur.

RSS planned to increase its presence in 55,435 mandals (clusters of ten or more villages), increasing the number of Shakhas there to 20,000 by 2018, he said.